Massive schemes of thought control are proving to be effective. 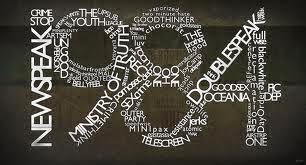 Oct 13,2017.– This past month, America’s Public Broadcasting Service has been showing Ken Burns’ documentary, “The Vietnam War,” in which a retired North Vietnamese officer explains, “The South was more democratic than the North. They could ask many questions. We could ask only a few. Asking only a few questions is needed to win a war.”

Looking back a hundred thousand years, consider what Yuval Noah Harari, in his global best seller, “Sapiens: A Brief History of Mankind,” points out as Homo sapiens’ most important invention: group fiction. Like all great primates, the largest cohesive group of individuals numbers roughly between 15 and 20 animals. Beyond that number, the other individuals are considered to be alien. However, early Homo sapiens came up with fictions that unified small groups into being larger groups, under the fiction of a clan, then being part of a tribe and eventually on up to belonging to a nation state.

In the process, argues Prof. Harari, other fictions such as money, religion, ethics, law were created and accepted, when in fact there is nothing more to these fictions than widespread trust that other humans acknowledge these countless fictions as being valid.

Most recently, Kurt Andersen noted in his “Fantasyland: How America Went Haywire” that while all societies are made up of many fictions or fantasies, some nations have many more than others. The two extreme examples of this is the superrich United States, infamous for being a hotbed of conspiracy theories, religions and ideological alienation. North Korea is America’s opposite, destitute in wealth and remarkably intolerant of ideas not sanctioned by the state. So much so, it is as close as one can find anywhere in history to the nation described in George Orwell’s “1984.”

The current North Korea vs. United States standoff is the most pertinent example of an illiberal country facing off against a liberal (in terms of the free exchange of ideas) superpower. But the struggle is global, between Orwellian-aspiring societies versus pluralistic societies that have made up the wealthy nations of the past 60 years or so.

Until recently, it has been a given that inefficient, dictator-controlled nations would eventually implode.

The internet was expected to create a wide exchange of information and ideas that would spread notions of participatory democracy and the advantages of capitalism. However, the internet lacks the gatekeepers that once kept out irresponsible nonsense as in the days when there was only television. As such, anyone with a fantasy and internet access can find like-minded people across the globe. No matter how laughable or dangerous, disparate individuals form cyber fellowships and create their new fictions through cyber exchanges in the still liberal societies. In the process, they create fantasy-based divisions in their societies ...