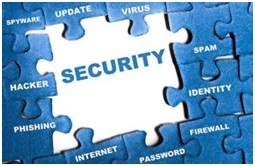 Apr.8.─ Computer security is a contradiction in terms. Consider the past year alone: cyberthieves stole $81m from the central bank of Bangladesh; the $4.8bn takeover of Yahoo, an internet firm, by Verizon, a telecoms firm, was nearly derailed by two enormous data breaches; and Russian hackers interfered in the American presidential election.

Away from the headlines, a black market in computerised extortion, hacking-for-hire and stolen digital goods is booming. The problem is about to get worse. Computers increasingly deal not just with abstract data like credit-card details and databases, but also with the real world of physical objects and vulnerable human bodies. A modern car is a computer on wheels; an aeroplane is a computer with wings. The arrival of the “Internet of Things” will see computers baked into everything from road signs and MRI scanners to prosthetics and insulin pumps. There is little evidence that these gadgets will be any more trustworthy than their desktop counterparts. Hackers have already proved that they can take remote control of connected cars and pacemakers.

It is tempting to believe that the security problem can be solved with yet more technical wizardry and a call for heightened vigilance. And it is certainly true that many firms still fail to take security seriously enough. That requires a kind of cultivated paranoia which does not come naturally to non-tech firms. Companies of all stripes should embrace initiatives like “bug bounty” programmes, whereby firms reward ethical hackers for discovering flaws so that they can be fixed before they are taken advantage of.

But there is no way to make computers completely safe. Software is hugely complex. Across its products, Google must manage around 2bn lines of source code—errors are inevitable. The average program has 14 separate vulnerabilities ...