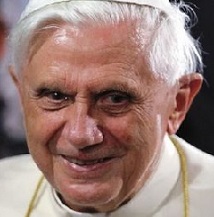 Vatican City, Dec.31.– Retired Pope Benedict XVI, who had an impressive record as a teacher and defender of the basics of Catholic faith, is likely to go down in history books as the first pope in almost 600 years to resign.

He died on Dec. 31 at the age of 95, nearly 10 years after leaving the papacy to retire to what he said would be a life of prayer and study.

A close collaborator of St. John Paul II and the theological expert behind many of his major teachings and gestures, Pope Benedict came to the papacy after 24 years heading the doctrinal congregation's work of safeguarding Catholic teaching on faith and morals, correcting the work of some Catholic theologians and ensuring the theological solidity of the documents issued by other Vatican offices.

As pope, he continued writing as a theologian, but also made historically important gestures to Catholics who had difficulty accepting all of the teachings of the Second Vatican Council, particularly about the liturgy. In 2007, he widened permission to use the "extraordinary" or pre-Vatican II form of the Mass and, a short time later, extended

a hand to the traditionalist Society of St. Pius X. Besides lifting the excommunications of four of the society's bishops who were ordained illicitly in 1988, he launched a long and intense dialogue with the group. In the end, though, the talks broke down.
(...)

We have 625 guests and no members online