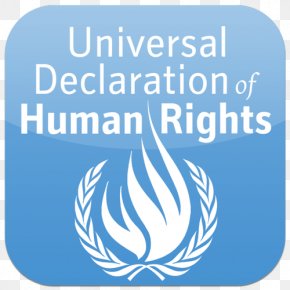 Dec. 10, DPnet.– 74 years ago, in 1948, the Universal Declaration of Human Rights was adopted by the United Nations. The UDHR is a global statement of our fundamental human rights: rights to freedom, religion, identity, and protection from discrimination. It has shaped our understanding of justice, fairness, and liberty the world over.

That’s the origin of Human Rights Day observed each year on December 10; it’s a time for us to reflect on how far we have come in the global struggle for equality and how far we have left to go.

But it’s not the only reason today is significant for Tibet. 33 years ago, His Holiness the Dalai Lama was awarded the Nobel Peace Prize in Oslo, in recognition for his advocacy for the people of Tibet, his concern for the environment we all share and depend on, and his philosophy of nonviolence and compassion.

The 1989 Nobel Peace Prize both honored His Holiness’ incredible achievements and pointed the world’s attention to the injustice of China’s occupation of Tibet — which of course is still ongoing. Even though it was over thirty years ago, His Holiness’ words on that occasion still continue to resonate:

“The problems we face today, violent conflicts, destruction of nature, poverty, hunger, and so on, are human-created problems which can be resolved through human effort, understanding and the development of a sense of brotherhood and sisterhood. We need to cultivate a universal responsibility for one another and the planet we share”.

Less than two years after the UDHR was adopted, China’s invasion and occupation of Tibet began. Over seven decades later, China’s government continues to violate the articles of the UDHR in Tibet: criminalizing Tibetans’ religion, restricting their access, silencing and unfairly imprisoning those still in Tibet.

But as His Holiness reminds us, we can resolve these problems if we come together and stand for justice. I thank all who have shown their solidarity with Tibet in the past and shows it again this Human Rights Day. While there is much to be done to bring peace to the Land of Snows, I know we can accomplish it with you by our side.

P.S. If you would like to help the Tibetan cause today, your donation to ICT will be matched by Richard Gere and his fellow Tibet supporters up to $250,000 as part of our Flame of Hope Matching Gift Challenge. It’s a perfect time to make your biggest impact in the struggle for human rights and fairness in Tibet.

You may place your donation HERE

We have 744 guests and no members online