The Taiwan Presidential Office hit back at Chinese leader Xi Jinping (習近平) on Sunday (Oct. 16) following his speech at 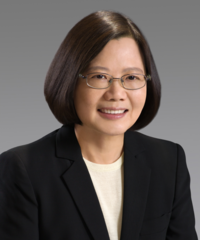 According to an earlier report, Xi said China must resolve the “Taiwan issue” and touted China’s recent military provocations towards Taiwan as evidence of China’s commitment to resisting “separatist forces.” He characterized his policy towards Taiwan as that of “firm determination and strong ability to safeguard national sovereignty and territorial integrity.”

In response, Presidential Office Spokesperson Chang Tun-han (張惇涵) was cited in a statement as saying Taiwan is a sovereign country and its people believe in and insist on democracy and freedom. He said that the majority of Taiwan’s citizens have made it clear that “We resolutely refuse ‘one country, two systems.’”

Chang added that President Tsai Ing-wen (蔡英文) had already iterated Taiwan’s stance, which is to continue to uphold the “Four Commitments,” to reinforce its own resilience, and increase Taiwan’s visibility in the world. He said Taiwan’s stance is firm; it will not yield its territorial sovereignty, nor compromise democracy and freedom, and taking to arms is not an option for cross-strait relations.

We have 1147 guests and no members online