Production of Hsiung Sheng, Wan Chien missiles could be completed ahead of schedule

TAIPEI (Taiwan News) — The Legislative Yuan has passed a budget to enhance sea and air power, with 18 types of weapons 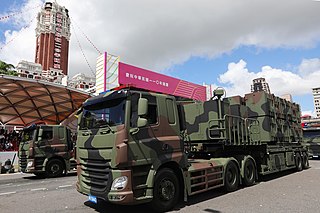 Hsiung Feng III anti-ship missile launchers at 110th National Day. File licensed under CC Attribution: Official Photo by Simon Liu / Office of the President and military equipment to enter mass production beginning this year. The Ministry of National Defense (MND) said that production of these items will last until 2026.

However, some weapons, including unmanned attack platforms, Hsiung Sheng surface-to-surface missiles, and Wan Chien air to ground missiles, can be completed ahead of schedule between 2024 and 2025, the Liberty Times reported.

The Hsiung Sheng missile in particular has garnered a lot of public attention. It is essentially an extended-range variant of the Hsiung Feng IIE cruise missile, with an estimated range of 1,000-1,200 kilometers that would allow it to reach far beyond China’s coastline, according to the MND.

It is expected that at least 100 Hsiung Sheng missiles will be produced. The first batch of Hsiung Feng IIE cruise missiles was completed in 2008, and the total number has reached 245 so far, per the Liberty Times.

We have 565 guests and no members online