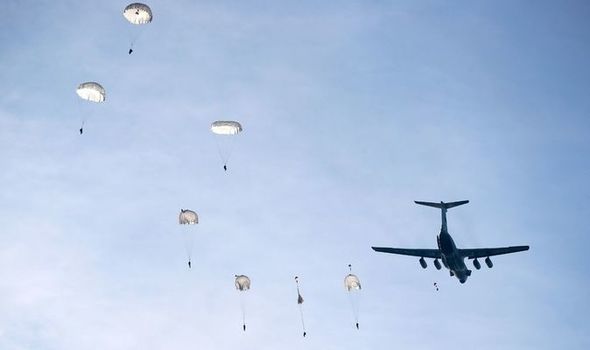 Russian paratroopers dropping in Kazakhstan
Almaty, Jan.6 (Reuters).– Fresh violence erupted in Kazakhstan's main city of Almaty on Thursday as Russia sent in paratroopers to put down a countrywide uprising in one of Moscow's closest former Soviet allies.

Police in Almaty said they had killed dozens of rioters overnight into the early hours of Thursday morning. Authorities said at least 18 members of the security forces had died, including two found decapitated. More than 2,000 people were arrested.

After a night of running street confrontations between protesters and troops, a presidential residence in the city and its mayor's office were both ablaze, and burnt-out cars littered the city, Reuters journalists said.

We have 286 guests and one member online