Mona Ataya, a Palestinian-Lebanese entrepreneur based in the United Arab Emirates, runs the largest online marketplace for mothers in the Middle East. In recognition of her achievements, she has been chosen as one of the six eTrade for Women Advocates for 2021-2022, by the UN trade agency, UNCTAD. 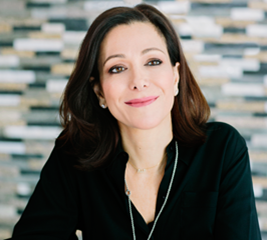 United Nations. Jan. 3.– Ms. Ataya is the founding partner and CEO of Mumzworld, and has been on the Board of Directors of the Dubai Chamber for Digital Economy since 2011. In a conversation with May Yaccoub from UN News, she shared the challenges faced by businesswomen in the Middle East, and why she is committed to supporting them.

“I have been working in the digital economy in the MENA Region for the last two decades, and I have seen how it has gone through some revolutionary changes. The digitalization of the global economy is core to the way the world is moving, but women remain very underserved, and we need to bring more of them on board.

UNCTAD’s eTrade for Women is doing just that: it's helping women by providing the information and resources that allow us, women, to have our voices heard and our contributions felt.
(...)"

back to top
THE MOST IMPORTANT THING ABOUT EDUCATION IS APPETITE.
Winston Churchill

We have 623 guests and no members online