What Is the Islamic State Khorasan? 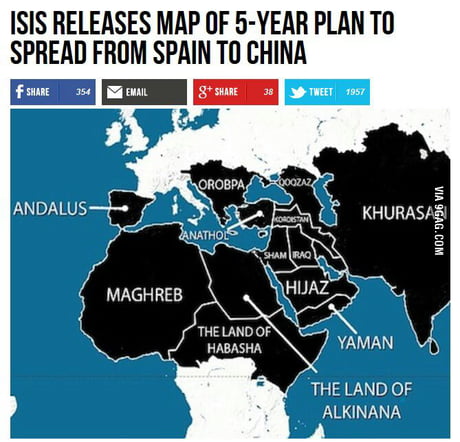 ISIS-K preliminary goals of World dominationFounded in 2015, the Afghan branch of the Islamic State is determined to take over Afghanistan, even from Taliban control, and renew a Caliphate that will wage war against democratic and Christian countries.

Kabul, Aug.27.– Shortly after a bombing attack killed masses of people on Thursday, including at least 13 U.S. troops and more than 170 civilians outside Afghanistan’s main airport, President Biden vowed to get revenge.

“We will not forget,” Mr. Biden said from the White House. “We will hunt you down and make you pay.”

Here’s what we know about the group that claimed credit for the attack.

The group, known as Islamic State Khorasan Province, ISIS-K or ISIS-KP, is an Afghan affiliate of the central ISIS group in the Middle East. ISIS-K, founded in 2015 by disaffected Pakistani Taliban, is smaller, newer, and embraces a more violent version of Islam than the Taliban, which just toppled the U.S.-backed government of Afghanistan after a two-decade insurgency.

The "Great Khorasan" as conceived by ISISISIS and Al Qaeda are a threat after decades of war and are readying to wreak havoc. ISIS-K “disregards international borders,” according to a report from the Center for Strategic and International Studies, “and envisions its territory transcending nation-states like Afghanistan and Pakistan.”

The name Khorasan translates to “The Land of the Sun.” Khorasan refers to a historical region that includes parts of Iran, Afghanistan and Pakistan, according to the Center for Strategic and International Studies.
(...)

If men are not kept straight by duty, they must be by fear. The more they are kept by fear, the less they are free. The greater the strength of duty, the greater the Liberty.

We have 332 guests and one member online