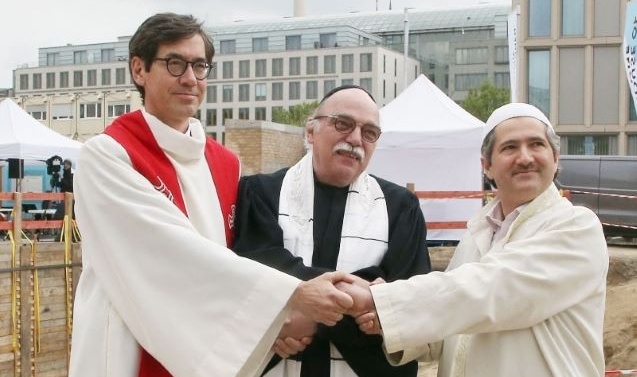 Vienna, May 28.– A group of Muslims, Jews and Christians joined on Thursday to lay the foundation stone for a centre that will house places of worship for each religion in a symbol of interfaith dialogue in the German capital.

Days after protests in Berlin over the attacks by Israel in Gaza, and at a time when politicians are warning of rising anti-Semitism in Germany, the “House of One” offers a beacon of hope for dialogue, said its founders.

“It is important that dramatic world conflicts can be discussed in the German capital and that people have a stage to highlight problems in their countries and express their opinions,” said Berlin Mayor Michael Mueller at the ceremony.

“But hatred and violence, anti-Semitism and Islamophobia, racism and incitement have no place in our society,” he added.

The building, with a tall square tower, will contain ...