Authoritarian tendencies have been strikingly on the rise in 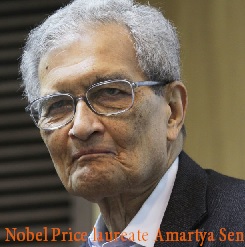 many countries, says leading economist Amartya Sen, who painted a grim picture of tyranny and the impact of pandemics on participatory democracy.

Cornell, May 6.– Sen was the speaker at the 37th annual Bartels World Affairs Fellowship lecture at Cornell University on Wednesday, 5 May. Awarded the Nobel Prize in 1988 for his work in welfare economics and the causes of famine, the 87-year-old is currently Professor of Economics and Philosophy at Harvard University.

In opening the live web discussion, Cornell Vice-Provost for International Affairs Wendy Wolford made the point: “Famine and poverty are generally not due to scarcity or to lack of ability, but rather to a lack of entitlements. Entitlements that flow from a range of tangible and intangible goods, such as education, political power and racial or ethnic status.”

The discussion was led by Kaushik Basu, the Carl Marks Professor of International Studies and former senior vice-president and chief economist of the World Bank. Introducing Sen, Basu half-jokingly said:

"It is clear that around the world democracy is under attack and ordinary people are paying the price", added Basu.

Sen noted: “A disturbing fact about the world today is that authoritarian tendencies have been strikingly on the increase in many countries ..."