The Kestrel anti-armor rocket is a shoulder-launched weapon 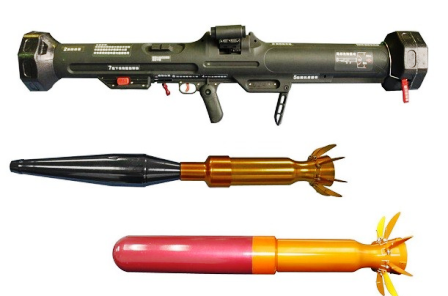 TAIPEI (Taiwan News) — Taiwan has deployed a total of 292 Kestrel anti-armor rockets to its Dongsha and Taiping islands in the South China Sea in response to China’s military ambitions to invade and occupy them.

Since 2000, Taiwan’s Coast Guard Administration has taken over the defense of the two islands. Currently, over 200 Coast Guard personnel trained by the Marine Corps are stationed at either island, Liberty Times reported.

However, as tensions in the South China Sea have risen, not only has Taiwan deployed Marines to Dongsha Island, but it has also sought to increase firepower.

According to an Ocean Affairs Council document, the Coast Guard has deployed 168 and 124 Kestrel anti-armor rockets to command posts on Dongsha and Taiping islands, respectively. The anti-armor rockets, deployed for defense purposes, can be used in anti-landing operations, the document said.

The Kestrel anti-armor rocket, developed by the National Chung-Shan Institute of Science and Technology (NCSIST), is an individual shoulder-launched weapon for anti-armor and concrete penetration.