Thousands Protest Across Cuba Demanding The Right To Have Rights - Protesters have been raising their voices in opposition to systemic political, civil, economic and social issues affecting our daily lives and in favor of a change in the system. These protests are evidence that the opposition movement and the Cuban people’s desire for change have continued to expand to a point where it cannot be ignored any longer.

The following is a statement from Rosa María Payá, founder and promoter of Cuba Decide. The citizen initiative for democracy in Cuba, Cuba Decide, released a video summarizing how Cubans on and off the island are mobilizing to protest the repression they have been subject to for over six decades. 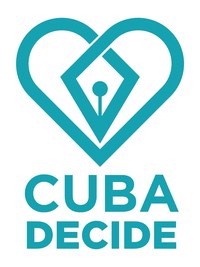 Miami, Mar.4 (Cuba Decide).– Public protests saw exponential growth near the end of 2020 with 42 protests in the month of September, 88 in October, 110 in November and 122 in December. in addtion to many others in January and February. Protestors have been demanding: 1) the right to define the course of the country; 2) the release of political prisoners; 3) freedom of speech and artistic expression; and, 4) economic liberty and access to basic resources in the midst of a deep humanitarian crisis caused by communist policies and aggravated by COVID-19.

Protestors have been raising their voices in opposition to systemic political, civil, economic and social issues affecting our daily lives and in favor of a change of the system. These protests are evidence that the opposition movement and the Cuban people's desire for change have continued to expand to a point where it cannot be ignored any longer.

Even so, as recent history has demonstrated, citizens cannot confront by themselves a criminal group that holds totalitarian power – the support of the international community is necessary as well. The international actions and pressure on the regime with the goal of protecting lives and supporting citizens' demands for freedom is required. That is why it is very important that our request to reinstate the Cuban regime to the list of State Sponsors of Terrorism – a list from which it should never have left – has been heard.

For years, I requested that the Obama administration, and later the Trump administration, to reincorporate the Cuban regime on this list because it is the correct and coherent thing to do. Many other Cubans have also asked for this designation, as it recognizes the obvious ties the Castros and the military leadership of the regime have with activities related to terrorism. These actions include: offering sanctuary to U.S. terrorists, refusing the continuous extradition requests of ELN leaders linked to the deadly attack on the Bogotá cadet school in 2019, and systemically applying State Terrorism against civilians in the Island. 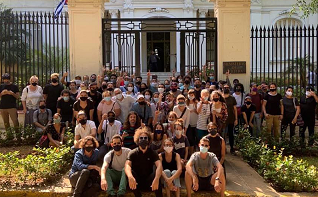 State terrorism to which I am not only a witness, but also a direct victim. In 2012, members of the Ministry of the Interior of the dictatorship, by orders that could only come directly from Raúl and Fidel Castro, carried out an attack in which my father, the recognized opposition leader Oswaldo Payá, lost his life. Today, the lives of hundreds of activists, artists, journalists and citizens on the Island are permanently are risk. Those who dare to confront the regime could suffer police harassment, torture, prison, expatriation or even death.

What has been stated above are not opinions, but facts. They do not depend one political party or another. Moreover, denouncing these events and designating the Cuban regime as a state sponsor of terrorism benefits both the protection of the Cuban people against impunity, and the national security of several countries in the hemisphere. In fact, these countries should come together in support of this designation and in solidarity with the Cuban people, because democracy in Cuba is a benefit to all.

While placing Cuba on this list is not enough, nor is it the solution to the situation on the Island, it is, however, a step in the right direction. It is up to us Cubans, and Cubans alone, to decide and define the destiny of our country, something that we have not been able to do for more than 60 years because of the dictatorship's prohibition of free elections and all political parties apart from Communism. For this reason, Cuba Decide's strategy is to mobilize Cubans through non-violent, peaceful actions to change the totalitarian system towards democracy and be able to hold free elections.

The Cuba Decide platform is non-partisan, nor is it involved in the domestic politics of any foreign country. We do, however, promote a foreign policy for governments of the world towards Cuba: the policy of direct solidarity with the needs of the Cuban people; and the use of all the mechanisms available through international law to generate maximum pressure on the dicators to make them submit to the will of the citizens.

We work so that all nations of the free world will join in support of the Cuban people's fight for change. The victory of democracy in Cuba is essential to the peace, prosperity and stability of the entire Western Hemisphere. As the United States undergoes a change in administration, we hope to extend the communications that we maintain with the current administration to members of Congress as well as the President-Elect Joe Biden, who now has one more tool against the dictatorship to support the demands for democratic change. The demands that have originated from the citizenry and are multiplying in the streets of Cuba.

The heart of Cuba has already changed and is entering into a new era. Hundreds of protests have occurred throughout the Island and across the world. Citizens will continue to take action because they already know that the only way out of the crisis is to change the system.

You too can be a champion for the cause. Let the world know that Cubans demand the right to freely decide their future.