Uganda’s longtime president will continue his rule over a population where three-quarters are younger than 30 and have never known anyone else in charge.

Yoweri Museveni has already ruled Uganda for 35 years – and he is now set for five more.

The veteran leader was declared on Saturday the winner of Uganda’s presidential election, cementing his position among 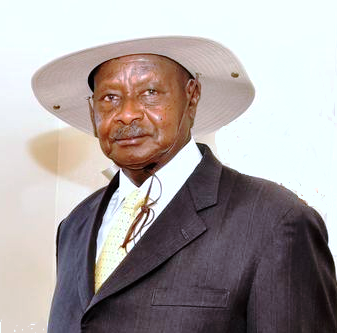 The results, which have been rejected by the opposition, followed one of the bloodiest campaigns in years, with at least 54 people killed in November as security forces violently broke down opposition protests. Opposition figures, meanwhile, were repeatedly harassed and arrested, while members of the media also came under attack.

Main opposition leader Bobi Wine has dismissed the electoral process as a rigged “sham”, but Museveni, in a televised address to the nation on Saturday, said Thursday’s polls may turn out to be Uganda’s “most cheating-free election” since independence from the United Kingdom in 1962.

Shortly after Museveni took power in 1986, ending years of bloodshed and chaos at the hands of leaders Idi Amin and Milton Obote, the young president had complained about leaders who “overstayed” their welcome.

But nearly 35 years later, Museveni has joined the ranks of those he once criticised, winning a sixth term in office.

Unbound by Uganda’s constitution – it was amended twice to remove presidential term and age limits – critics have accused the former rebel fighter, who never speaks publicly of succession and has broken past promises to stand down, of becoming increasingly autocratic and wanting to rule for life.