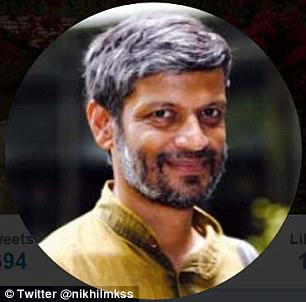 Mr. Dey is a rights activist, founder of the Mazdoor Kisan Shakti Sangathan and a firm believer in Participatory Democracy.

Using the COVID-19 crisis as an excuse to prevent the usual modes of democracy to operate, the present Indian government is making too many fundamental changes to policy and legislation.

New Delhi, Dec. 18.– India’s Right to Information (RTI) Act, which was promulgated in 2005, is considered one of the most advanced and powerful pieces of rights legislation in the world. Although an evolved law that forces governments to become more transparent and accountable, almost every regime has shown reluctance to uphold the spirit of the law. In 2019, the Bharatiya Janata Party (BJP) government managed to amend the Act in a manner that allowed it to wrest control of an independent institution.

In an interview with Frontline, Nikhil Dey, well-known rights activist and founder of the Mazdoor Kisan Shakti Sangathan (MKSS), the organisation that spearheaded the RTI, spoke about the resilience of the Act, its ability to withstand government pushback and how it could even help with the COVID-19 pandemic. Nikhil Dey, a believer in participatory democracy, said that “in a democracy, people are the sovereign. It is their right to ask. If you are stopping people you are stopping the sovereign.” Excerpts:

This year marks 15 years since the RTI Act was passed. Undoubtedly, it remains a powerful tool for people, but in recent years there has been a fair amount of tampering. Your comments?

The roots of the powerful RTI movement go back 30 years. More than 15 years of people’s struggles, a nationwide campaign, and a robust and energetic people’s movement preceded the enactment of the national law. The law emerged from a movement, legitimising its claim to be considered a “people’s legislation”. That explains why it has been so widely used, and resolutely defended.

The resistance to transparency and the right to information is not a recent phenomenon. There was a reaction to every step forward, and the first attempt to dilute the law came in the very first year from the United Progressive Alliance (UPA) government which enacted the law. One major success of the movement was to defend the law and prevent the amendments that sought to remove “file notings” and other important provisions from the purview of the law. Activist citizens first fought for the law, put it to use as soon as it was passed, and defended it whenever there was an effort to dilute it.
(...)