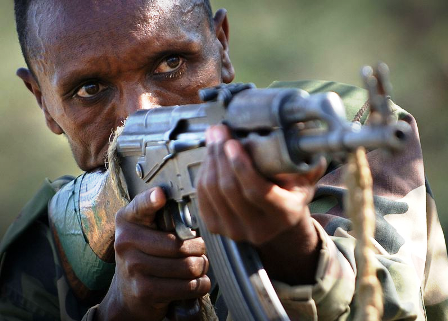 Debretsion Gebremichael, leader of the Tigray People’s Liberation Front (TPLF), told Reuters news agency in a text message on Saturday that the city was under “heavy bombardment”.

Billene Seyoum, a spokeswoman for the prime minister’s office, said the Ethiopian forces would not “bombard” civilian areas, adding “the safety of Ethiopians in Makelle and Tigray region continues as priority for the federal government.”

Al Jazeera’s Malcolm Webb, reporting from Nairobi, said he has heard from multiple sources in the Ethiopian military that their offensive on the regional capital has begun.

“Some sources are saying that the explosions can be heard in the north of the city,” he said.

In a statement, the TPLF said Ethiopia’s military “has started hitting with heavy weaponry and artillery the centre of Mekelle”.

“The Tigray regional state calls upon all who have a clear conscience, including the international community, to condemn the artillery and warplane attacks and massacres being committed,” it added.

Claims by all sides in the three-week-old conflict between government and TPLF forces have been impossible to verify because phone and internet connections to the region are down and access to the area is tightly controlled.