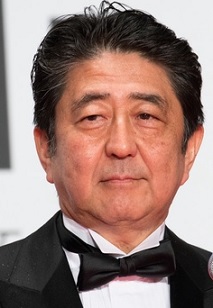 Tokyo, Sept.4.– The record was beaten in late August. Then, just four days later, the record-breaker said that he was, too. After serving the longest continuous stint of any Japanese prime minister (as well as the longest time in the job overall) Abe Shinzo announced his resignation on August 28th.

Mr Abe blamed the abrupt decision, over a year before the rules of his Liberal Democratic Party (ldp) would have obliged him to step down, on an old digestive ailment. But many have cast his departure as an admission of defeat. The economy, which he has worked hard to revive after decades of listlessness, is swooning again because of covid-19.

His campaign to revise Japan’s pacifist constitution to give the armed forces a proper legal underpinning has gone nowhere. His planned swansong, the Tokyo Olympics that were supposed to have taken place this summer, may never happen. His approval rating is dire.

It is a gloomy moment. What with the depredations of the coronavirus, the growing pugnacity of China and Japan’s shrinking and ageing population, Mr Abe’s successor, who will be chosen on September 14th by the ldp’s mps, will have his work cut out (see article). But all these problems have been made more manageable by Mr Abe’s eight years in office. The outgoing prime minister has done a far better job than is commonly acknowledged. Before covid-19 struck, “Abenomics” was succeeding ...