Seoul, South Korea (CNN)South Korea plans to start building its first aircraft carrier next year, and acquire fighter jets to operate on it, the country's Defense Ministry has announced.

Last year, South Korea hinted at its interest in an aircraft carrier, saying it would build a "multi-purpose large transport vessel." 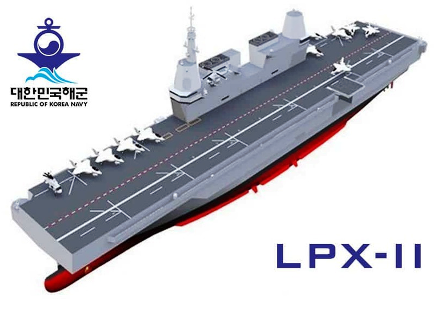 But in its national plan for 2021-2025, published this week, the government for the first time explicitly committed to buildingthe billion-dollar equipment.

"The 30,000-ton level aircraft carrier can transport military forces, equipment and materials and can operate fighter jets that are capable of vertical take-off and landing," said the Defense Ministry release.

"It will enable the military to more effectively suppress threats and dispatch forces and materials to a disputed region in the sea by playing a role of a controlling vessel for the navy unit."