A relationship long burdened by rivalry and suspicion has fallen into 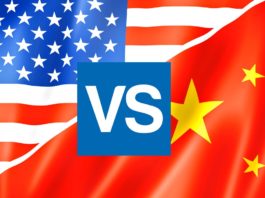 The new Cold War: The pandemic is driving America and China further apart.

May 9.– You might have hoped that a pandemic would bring the world together. Instead covid-19 is tearing it apart. As the disease has spread, relations between America and China have plunged into an abyss from which they will struggle to escape.

Mike Pompeo, the secretary of state, says he has “enormous evidence” that the virus behind covid-19 came from a laboratory in Wuhan — though America’s intelligence agencies as well as its closest intelligence partners say proof is still lacking. To punish China for letting the disease spread, the Trump administration has reportedly considered demanding reparations or cancelling some Treasury bonds held by China — though nervous American officials later dismissed this crackpot idea. China has branded Mr Pompeo “insane” and a “political virus” (see article). State-run media are calling for an international investigation into America’s “incredible failure” to deal with the outbreak.

This sniping deepens a bitter rivalry. The dominant view in the United States is that China is fundamentally hostile, a strategic rival that steals American intellectual property and destroys American jobs in the race to get ahead. China, meanwhile, sees America as a decadent and declining power that has resorted to bullying to keep China down because it can no longer compete fairly.

Domestic politics in both countries is likely to intensify the animosity. Now that covid-19 has undone the economic gains that occurred on his watch, President Donald Trump is making confrontation with China central to his re-election strategy including, he hopes, as a way to browbeat his opponent, Joe Biden.
(...)