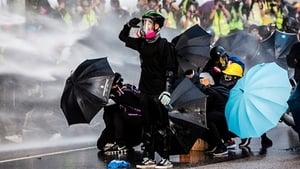 Unrest continues unabated in Hong Kong The past year has been unusually stressful for Xi Jinping. The coming one will be no easier

Dec.24.– It was bound to be an anxious year for the Chinese Communist Party. Years ending in 9 have always been since the crushing of the Tiananmen Square protests on June 4th 1989. The party feared that anniversaries of the bloodshed might trigger unrest (though security is always so tight that they never have). In 2019 they were on heightened alert, jittery not only about the 30th anniversary, but about other round-number anniversaries of political upheavals, including a national one a century ago, another in Tibet, and the party’s own seizure of power in 1949.

But China’s leader, Xi Jinping, was right to sense that troubles in 2019 might come from unexpected quarters. In a speech in January he warned officials of “black swan” and “grey rhino” events, in other words, unforeseen crises or ones arising from obvious but neglected problems. What occurred was a combination of both types, with the colour black prevailing.

It was in Hong Kong that the year’s biggest crisis erupted, on a scale that caught not only the party, but the entire world, by surprise. Chinese officials call it a colour revolution, or, referring to the preferred hue of anti-government protesters involved in it, a black terror.

The unrest that erupted in the territory in June has been the biggest sustained challenge to the party’s authority since the upheaval of 1989. The central government in Beijing says the demonstrations have transgressed the “bottom line” of the “one country, two systems” principle that China says it has been implementing in Hong Kong since it took it back from the British in 1997. Despite such rhetoric, the party has refrained from sending in troops to crush the protests. But the challenge it faces is far from over. Despite widespread violence, public support for the protesters still appears strong. Mr Xi may continue to keep his troops leashed, but ...