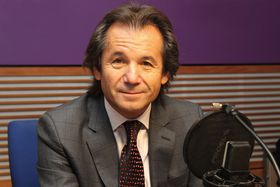 “Let me start by saying two things: Russia is not a military threat to this country or Europe, but it is a security threat to our country and to Europe.

“If we accept the fact that for the Russians NATO is the biggest threat, we shouldn’t be surprised by Russia’s activities in various NATO countries – and in particular those that are not considered to be strong allies, because of the public support [for NATO] and things like that.

“I’ve been saying for a long time that Russian spying activities are really big and that they are trying to make NATO less cohesive, less effective."
(...)

back to top
Tweet
There will never be a really free and enlightened State until the State comes to recognize the individual as a higher and independent power.
Henry David Thoreau