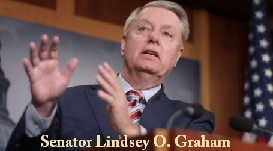 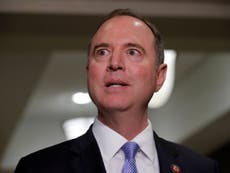 impeachment, already has faced an ethics complaint and a failed bid by Republicans to censure him for how he’s conducted the inquiry thus far.

“These committees have turned the machinery of government into one big political machine,” declared Tom Anderson, director of the government integrity project at the National Legal and Policy Center.

In the cases of Presidents Richard Nixon and Bill Clinton, the full House voted to establish an impeachment inquiry, handled by the Judiciary Committee with public hearings, as it should. In the case of Trump, House Speaker Nancy Pelosi (D-Calif.) unilaterally announced an inquiry and named six committees to probe.

After two dramatic days of closed-door depositions, House investigators are hitting the pause button in honor of the late congressman Elijah E. Cummings (D-Md.), the former House Oversight and Reform Committee chairman who will lie in state in the Capitol. But debate over the fairness of the inquiry is continuing unabated, with Trump praising House Republicans for storming a secure room where depositions are being held in secrecy, and House Speaker Nancy Pelosi accusing GOP lawmakers of “covering up” for a president abusing his power.

Democrats, meanwhile, are looking to make the proceedings public by mid-November as they build a case about Trump pressing Ukraine to investigate former vice president Joe Biden and his son Hunter Biden while U.S. military aid to the country was being withheld.

House Intelligence Chairman Adam Schiff has come under fire for making up a “parody” dialogue between Trump and the Ukrainian President Volodymyr Zelensky during an intelligence committee hearing. He has also faced criticism for not being forthright about whether his office communicated with the Ukraine call whistleblower before the complaint was filed.

“[R]ather than entering into the record the actual transcript of the call, Rep. Schiff chose to depart from all normal and customary protocols of the House, and proceeded to open the hearing of the Intelligence Committee with a fictional narrative of what he apparently wished the transcript of the call to have been,” Jenny Beth Martin, the honorary chairman of the Tea Party Patriots, wrote in her letter of complaint with the Office of Congressional Ethics.