The conflict threatens their infrastructure and their income.

Fujairah, July 25.– Compared with Jebel Ali in Dubai, it feels like a sleepy Mediterranean harbour. The port at Fujairah, on the eastern coast of the United Arab Emirates (UAE), serves mostly as a refuelling depot for ships plying the Strait of Hormuz. It lacks the cargo capacity and the high-tech wizardry of Jebel Ali, the largest port in the Gulf and the ninth-busiest in the world. But Fujairah is the UAE’s only link to the high seas that bypasses the troubled strait, and so it has become a focal point amid worsening tension between Iran and the West.

That tension rose on July 19th when Iran’s navy seized the Stena Impero, a British tanker (pictured below), as it sailed west through the strait. The 30,000-tonne ship is now anchored near Bandar Abbas, hostage to a dispute that began on July 4th, when Britain impounded an Iranian tanker (allegedly bound for Syria) as it passed Gibraltar. In one of his final acts as foreign secretary, Jeremy Hunt proposed setting up a European task force to protect commercial vessels in the Gulf. 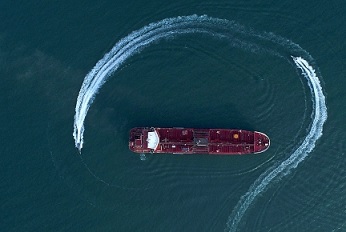 Britain and its allies worry about the threat to business and energy supplies. For the Gulf Co-operation Council (GCC), though, tensions with Iran border on an existential issue. Despite some hawkish rhetoric, Gulf states are nervous about President Donald Trump’s policy of imposing “maximum pressure” on Iran. Conflict threatens their infrastructure and could hamper the oil and gas shipments that fill their treasuries. “Who’s going to pay the price? It’s us,” says a Qatari diplomat.

For all its threats, Iran cannot close the Strait of Hormuz, the conduit for one-fifth of the world’s traded oil and a quarter of its liquefied natural gas. But it has already raised the cost of commercial shipping. Fujairah became a target in May, when four oil tankers anchored offshore had holes blown in their hulls ...