Decision to deploy additional 10,000 troops to the valley has created fear psychosis amongst people. 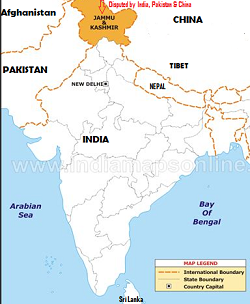 New Delhi, July 27.– The Centre has ordered rushing of about 10,000 central forces personnel to the Kashmir valley in order to strengthen couter-insurgency operations and law and order duties there, officials said Saturday.

They said the Union home ministry has ordered the deployment of 100 companies of the Central Armed Police Forces (CAPFs) on July 25 on an "immediate" basis.

Officials said that 100 more companies are expected to be sent to the valley. One CAPF company comprises about 100 personnel.

Former J&K Chief minister Mehbooba Mufti slammed the Centre and said that the decision has created fear psychosis among people in the Valley ...