His choice of ministers suggests he does not plan to do much delegating. 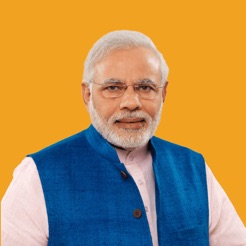 audience, from feathered headdresses to towering turbans. He adopts different personas, too: a hug-happy uncle on trips abroad, a finger-wagging prosecutor against critics, a pious ascetic for the religious, a chowkidar (watchman) to please law-and-order nationalists.

Now, after a landslide election that gave him an even stronger mandate than in his first five-year term, Indians are wondering which of these guises will prove to be the real Mr Modi. With no looming elections to distract, and the opposition crushed, he can do whatever he likes.

Judging from his ministerial picks, Mr Modi intends to be even more hands-on than before. Coalition partners of his Bharatiya Janata Party (BJP) had hoped for top posts. But Mr Modi owes them nothing: he won a parliamentary majority without them. So his bulging 57-person government consists largely of loyalists from his own party. Many of the new ministers are provincials with little experience of Delhi. The big exceptions are his new foreign minister, Subrahmanyam Jaishankar, a capable career diplomat, and the new home minister, Amit Shah.

Tireless as Mr Modi, Mr Shah has for decades been a close henchman and enforcer. As president of the BJP he greatly strengthened party numbers and discipline, and is widely credited as the organisational genius behind the party’s electoral success. Mr Shah’s new job, with oversight of domestic intelligence and police, confirms his standing as second-in-command. He will take a hard line on unrest among Muslims in the seething state of Jammu & Kashmir and has promised a nationwide register of citizens to root out illegal immigrants, whom he labels “termites”.
Power play

The new government has signalled plans to build on some of Mr Modi’s first-term successes. During the campaign Mr Modi claimed to have brought electricity to all 600,000 of India’s villages ...