Macron got 66% of the vote against 34% for le Pen, a much better result that ever expected 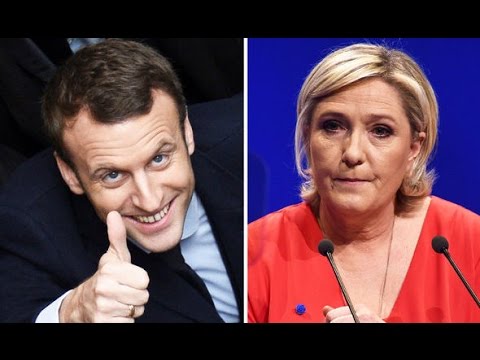 Paris, May 6 (DP.net).─ Macron won by promoting a program of fiscal, social and environmental clauses in trade agreements with the European Union. He promised to demand a full integration in all trade agreements with the European Union of clauses including tax cooperation, as well as binding social and environmental clauses, such as the lowering of tariffs on goods and services and establishing trade sanctions in case of violation of those clauses.

Defeated Marine Le Pen is now positioning herself as “the first opposition force” ahead of the traditional major parties against president-elect Emmanuel Macron’s policies. “France has voted for continuity,” she noted during her concession speech in a tone that implied her defeat was clearly no surprise. Having established that, Le Pen was quick to set the stage for her next political act.

"The National Front, which has embarked on an alliance strategy, must also deeply renew itself in order to live up to this historic opportunity and the expectations of the French," she said. "I therefore promise to undertake a profound transformation of our movement in order to constitute a new political force.”

On the other hand, in a blow to Hollande, his former economy minister Emmanuel Macron set up his own centrist party, En Marche! (On the Move) to bid on his chances as a candidate and surprisingly rose in favor with voters along the campaign to win the Presidency of France in the second round.

President Trump was among the first to congratulate Macron on the French election win. However, his victory was hailed by his supporters as holding back a tide of populism after the Brexit vote and Donald Trump’s victory in the US election.