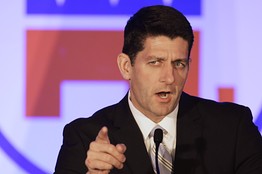 House Speaker Paul Ryan Washington DC, Sept.5.─ Congress returns Tuesday from a seven-week recess that has left lawmakers with less than a month to fund the federal government and prevent a shutdown. But the scramble to solve that problem will not stop Republicans from casting votes on other issues designed to register their opposition to the Obama administration.

Federal agencies ranging from the National Park Service to the Centers for Disease Control and Prevention could face closures unless lawmakers vote on a stop-gap spending bill to keep the government running past the end of September.

Lawmakers also will confront a pressing problem they left behind in July: How to pay for efforts to combat the Zika virus, which is now being transmitted by mosquitoes in Florida, has been linked to the death of an infant in Texas, and has been declared a public health emergency in Puerto Rico.

Republicans and Democrats have spent their recess blaming each other for the failure to agree on a funding bill, but a USA TODAY/Suffolk University poll released Monday showed strong public support for new Zika finding. By a margin of 62%-19%, poll respondents said Congress should approve additional funding, rather than continue to divert funds from other programs ...