Mr. Secretary General, Mr. President, world leaders, and distinguished delegates: Welcome to New York. It is a profound honor to stand here in my home city, as a representative of the American people, to address the people of the world.

As millions of our citizens continue to suffer the effects of the devastating hurricanes that have struck our country, I want to begin by expressing my appreciation to every leader in this room who has offered assistance and aid. The American people are strong and resilient, and they will emerge from these hardships more determined than ever before.

Fortunately, the United States has done very well since Election Day last November 8th. The stock market is at an all-time high -- a record. Unemployment is at its lowest level in 16 years, and because of our regulatory and other reforms, we have more people working in the United States today than ever before. Companies are moving back, creating job growth the likes of which our country has not seen in a very long time. And it has just been announced that we will be spending almost $700 billion on our military and defense.

Our military will soon be the strongest it has ever been. For more than 70 years, in times of war and peace, the leaders of nations, movements, and religions have stood before this assembly. Like them, I intend to address some of the very serious threats before us today but also the enormous potential waiting to be unleashed.

We live in a time of extraordinary opportunity. Breakthroughs in science, technology, and medicine are curing illnesses and solving problems that prior generations thought impossible to solve.

But each day also brings news of growing dangers that threaten everything we cherish and value.

Coming soon to Germany's Parliament? Berlin, Sept.9.– In a remarkable decision taken at the end of August, Germany's Interior Ministry declined to bar the Popular Front for the Liberation of Palestine (PFLP) -- listed as a terrorist organization by the US, Canada, the European Union, and Australia -- "from campaigning as a political party in the September general election to the Bundestag."

Yes, the PFLP -- on a joint list with the Marxist-Leninist Party -- plans to field candidates in this month's elections in Germany and run for Parliament.

What is the PFLP? Formed shortly after Israel's Six-Day War through the merger of three militant groups -- The Young Avengers (Palestinian nationalists), The Heroes of the Return (based in Lebanon), and the Palestinian Liberation Front (which operated largely out of Syria and the West Bank) -- it is today, after Fatah, the second largest faction in the Palestine Liberation Organization (PLO). London, Sept.7.– A key reason for leaving the European Union was to restore parliamentary sovereignty. So it is ironic that this week’s debate over the EU withdrawal bill, formerly known as the Great Repeal Bill, should centre on claims that the executive is usurping parliamentary powers—even more so since David Davis, the Brexit secretary, for years fought hard against such government encroachment.

Nobody disputes that the bill is needed. It gives effect to Brexit by repealing the 1972 European Communities Act. To provide continuity it also translates into British law 12,000-odd EU regulations written in the past 45 years. The big argument is over how to do this. MPs have raised two main issues. The first is the bill’s use of secondary legislation to amend laws by ministerial fiat without parliamentary scrutiny. The second is the question of Parliament’s role in overseeing Brexit.

The now autonomous (and multi-cultural) territory of Rojava is attempting localised, egalitarian government in Kurdish regions won back from ISIS in northern Syria.

Sept.4.─ We arrived at night, but the heat in Qamishli was still oppressive. As soon as we left the city’s small airport, still under the control of Bashar al-Assad’s soldiers and police, we entered the territory of the Democratic Federation of Northern Syria, or Rojava (‘west’ in Kurdish). At least two million people (60% Kurds) live here on land reclaimed by force from ISIS. The territory, along Turkey’s southern border, is bounded by the Euphrates and Iraq.

Since 2014, Syrians living here have been part of a political experiment inspired by Abdullah Öcalan, founder of the Kurdistan Workers’ Party (PKK), imprisoned by Turkey since 1999. The PKK and its Syrian ally, the Democratic Union Party (PYD), abandoning Marxism-Leninism, have taken inspiration for over a decade from the libertarian communalism of the American environmentalist Murray Bookchin (1921-2006). 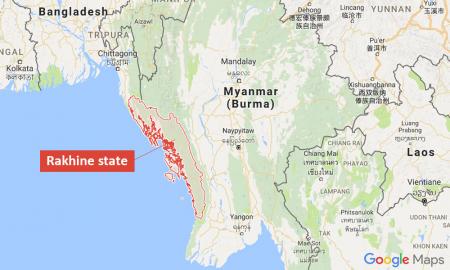 Chittagong, Sept.1.– Armed with machetes and rifles, a ragtag band of insurgents comprised of members of Myanmar's Muslim Rohingya minority launched unprecedented attacks last week, triggering fighting with security forces that has left more than 100 people dead and forced at least 18,000 to flee into neighbouring Bangladesh.

The Arakan Rohingya Salvation Army (ARSA) is the group that claimed responsibility for the attacks.

The origins of ARSA

The group was formed last year by Rohingya exiles living in Saudi Arabia, according to the International Crisis Group, which detailed ARSA's origins in a report last year.