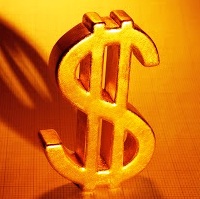 CAMBRIDGE – If it were not such an affront to the freedom of expression, we would almost be amused by Venezuelan President Nicolás Maduro’s recent tantrum over a commentary by economists Ricardo Hausmann and Miguel Angel Santos. Venezuela has long lashed out at the International Monetary Fund for daring to suggest that its macroeconomic policies might not be working well. Now its president is lashing out at academics.

Maduro, of course, rules over a major oil-exporting economy that is so badly mismanaged that real (inflation-adjusted) per capita GDP today is 2% lower than it was in 1970, despite a ten-fold increase in oil prices. Hausmann and Santos had the temerity to ask whether, having defaulting on every conceivable kind of domestic debt, Venezuela should invite foreign investors to the party and default on its debt to them as well. Is it such an unreasonable question?

It is unclear whether Maduro, who called for Venezuela’s authorities to take unspecified “action” against Hausmann and Santos (both Venezuelan citizens), was more offended by the suggestion that his government should default on external debt, or by the authors’ list of all the other ways it has already defaulted. These include the government’s $3.5 billion unpaid bill for pharmaceutical imports, payment arrears of more than $2 billion for food, and nearly $4 billion owed to airline companies. Oil production has more than halved since 1997, in no small part because the state-owned oil company has repeatedly defaulted on suppliers and joint-venture partners.

Both the scope and magnitude of domestic default are enormous, with significant de facto “haircuts” (that is, expropriation) for creditors. During 2013-2014, yields on domestic government debt were around 17%, while inflation oscillated in the 55-75% range. Negative ex post real interest rates in the vicinity of 30-60% register on the high end of historical haircuts. The toll of this “taxation” is not confined to bondholders: pensioners, depositors, and anyone else with claims against the government – or who holds a bolívar – is affected.

So, as Hausmann and Santos ask, should Venezuela’s government default on its foreign debt, given that the historical record shows that nearly all domestic defaults go hand in hand with external default?