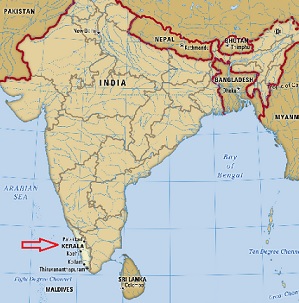 Nobel laureate Economist Prof. Hoseph E. Stiglitz said on Monday that the factors that have contributed to Kerala's success are "competent governmental institutions, competent adminitration, participatory democracy and decentralisation, reliance on Science and the continued importance given to planning" and advised Kerala to reduce its dependence on remittances from the Gulf countries, as the world was moving away from oil to start using renewable energy sources as part of the efforts to deal with global warming. Thiruvananthapuram, Feb. 1.– It is high time Kerala reduced its dependence on Gulf remittances and strengthened its productive capabilities for moving forward, Nobel Prize-winning economist Joseph E. Stiglitz said on Monday, underscoring the need for the State to have a “diversified economy.”

Delivering the keynote address at ‘Kerala Looks Ahead,’ a three-day international conference and consultation organised by the State Planning Board, Prof. Stiglitz said Kerala could scarcely continue to rely on remittances from the Gulf States any more. “The irony is that Kerala has become, in that way, indirectly dependent on oil, on a carbon economy. You do not think of yourself as a part of the fossil fuel economy, but indirectly you are. And that is why it is very important for Kerala to be looking ahead,” he said.

Part of moving ahead is to recognise that by 2050 the world will largely be based on renewable energy. Which means the oil-dependent Gulf States may not have the position they enjoy today, he said. In developing a diversified economy, Kerala needs to focus on areas such as manufacturing and agriculture even as it leverages its strengths in education, skills and health-care, Prof. Stiglitz said.