Although Jerusalen is the capital of Israel and the whole city and its suburbs are under its sovereignty, the Israeli government's discretion to extend freedom of religion to Muslims and Christians, who retain authority over sacred places and temples, is remarkable. Israel signed a peace treaty with Egypt on 26 March 1979 and another one with Jordan on 26 October 1994. This year, two more Muslim states recognized Israel and signed peace treaties with the Jewish State: the United Arab Emirates and Bahrein. It is known that other Muslim states are considering to follow this trend towards peace in the region if President Trump wins the elections this November. If not, they will delay that decision until they verify the political orientation of the new President, or even back down from it.

Is it time to ‘normalize’ the Temple Mount? 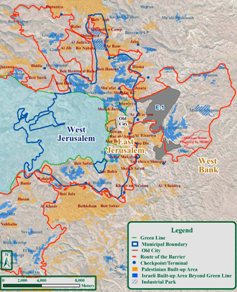 Normalization is the buzzword of the moment. We are now normalizing things that had been abnormal for far too long.

Jerusalem, Oct. 25.– It is no coincidence that the deal to normalize relations between the State of Israel and the United Arab Emirates is called the “Abraham Accords.” The patriarch, common to both Judaism and Islam, is revered by both as the progenitor of both religions and peoples.

Both Jews and Muslims believe that Abraham was told to sacrifice his son, while commentators differ on the identity of the son. Jews of course believe that the binding of Isaac was a scene set on the Temple Mount that earlier was the point of creation and later became the location for the two greatest houses of worship for the Jewish nation.

Isaiah prophesied the Temple Mount in the future “will be called a house of prayer for all nations.” Perhaps it would be prudent to finally realize this prophecy by allowing Jews and Muslims to pray on the Temple Mount in harmony and accord, without one trampling on the rights and liberties of the other.

Unfortunately, since Israel retook the Temple Mount in 1967, it has not allowed Jewish worship on its holiest site. While retaining full national sovereignty on the Temple Mount and its environs, religious sovereignty was handed to the extremist Wakf Islamic religious trust, which has sought to throw out Jews for the mere moving of lips, holding Hebrew literature or the sheer mentioning that there was a Temple on the mount.

This “status quo” has been kept because Israeli leaders did not want to stoke widespread global Islamic anger and riot ...