According to the spokesmen of the US Democratic Party, on social issues, the Party's Platform advocates campaign finance reform, LGBTQ rights, planned parenthood & abortion rights, criminal justice and immigration reform, stricter gun laws, and the legalization of marijuana. They argue that the Democratic Party emphasizes egalitarianism, social equality, protecting the environment, and strengthening the social safety net through "progressive" liberalism. In addition, it promotes easy voting procedures and protocols with minimum identification controls.

An insight of the Democratic Party Political Platform

Washington DC, Sept. 3 (DP.net).– Early in July, the Democratic nominee Joe Biden joined Sen. Bernie Sanders to release their party's Political Platform, approved without dicussion during the Convention early in August. This Platform was drafted by a task force addressing climate change, criminal justice, the economy, education, health care and immigration. The Task Force had been created late in the Spring after Sanders suspended his campaign, effectively making Biden the nominee.

During the Convention, the plan was called "Progressive Unity Platform" ("progressive" being an euphemism for "socialist"). Rep. Alexandria Ocasio-Cortez was included in that process, while Sen. Elizabeth Warren emerged as a key policy adviser who talks regularly with Biden. However, Sen. Sanders made clear that the final document was not everything progressives had hoped for, but it "provides less 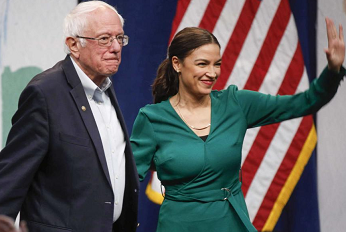 ammunition for President Donald Trump". The "progressive" wing of the Democratic Party failed to get the Presidential nomination for Sanders –a socialist Senator of Vermont– who they consider represents the energy –and quite possibly, the future– of the party. Biden, meanwhile, said it was a "bold, transformative platform for our Party and for our country." And he added: "I am deeply grateful to Senator Sanders for working together to unite our Democratic Party, and deliver real, lasting change for generations to come”.

This Platform represents an effort to bring together the more radical elements of the Party –those who had supported Sanders–, but the proposal also has a pragmatic undertone. The phrases "Medicare for All," "Green New Deal" and "cancel college debt," all signature Sanders issues, do not appear in the document. Instead, the Task Force offers more moderate plans to address health, climate change and education in ways that are surely aspirational but not dead-on-arrival in Congress. 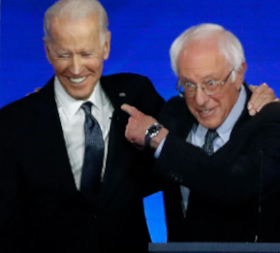 Among many other things, the 110-pages long document recommends building on the Affordable Care Act with a public option. Because of the high unemployment rate from the COVID-19 pandemic, the document says the federal government should pay the price of often-costly premiums unemployed people now pay.

Instead of the Green New Deal touted by Rep. Alexandria Ocasio-Cortez, the freshman New York Democrat who personifies the newly socialist movement of the Democratic Party, the document calls for regulations and financial incentives to achieve net-zero greenhouse gas emissions by 2050. Ocasio-Cortez was a co-chairwoman of the climate change task force of the Unity Platform committee.

In addition, the "Unity Platform" document recommends free public college and university tuition for students from families earning $125,000 a year or less, and not "free-for-all" as Sanders advocated.

It would also repeal "right-to-work" laws that mean workers cannot be forced to join a union, claiming that such laws "undermine worker power." Accordingly, workers will have to join a union to get a job.

Radical reforms to policing have seen broad support within the Democratic Party in the wake of the police-involved death of George Floyd, a death that sparked national protests, violence, lootings and calls to defund or even abolish the police. Therefore, the Platform would provide federal funding to create a “civilian corps" of unarmed first responders —including social workers– to establish a system of "Community policing" to deal with emergencies and disturbances. It also includes the banning of police restraining practices during riots or detentions, such as chokeholds and the use of tasers.

“This is not a unity group, this is surrendering to the socialists,” House Minority Leader Kevin McCarthy, R-Calif., said in a TV interview.

On the other hand, Alexandria Ocasio-Cortez declared the Task Force had "meaningfully & substantively improved Biden’s positions."