The World Economic Forum reported in 2015 on the dire effects of corruption on the Economy of developing countries, but of industrialized countries as well. It reasserted the fact that corruption is considered a strong constraint on growth and development. In fact, the WEF clasified corruption as "the hidden tax on global growth" and defined corruption in a much broader scope than is recognized by most people. They concluded that "rather than merely being a transaction between two parties, as one panelist put it, corruption can be viewed as «the privatization of public policy.» Powerful elites in business and politics collude to control public institutions, capture the policy-making process, and monopolize government contracting and procurement."

That is precisely what Ukraine is trying to solve. 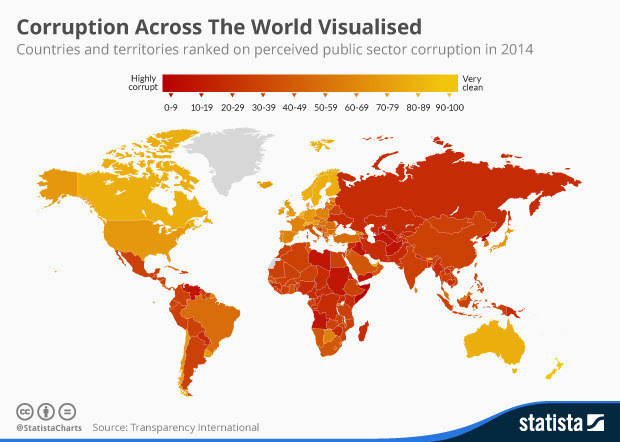 Kiev, March 20.– Since 2014 when Andriy Kobolyev was appointed as CEO of state-owned Ukrainian oil and natural gas company Naftogaz, the company turned around annual losses of $6.5 billion to annual profits of $8.5 billion, accounting for 8 percent of the country’s revenue.

Kobolyev explained during an interview at the Atlantic Council on March 3 that this success can be attributed to a new business model that the new management team under his leadership implemented. First, the company broke its dependency on Russian gas that was sold at prices higher than the fair market price.

Previously, deals between Russia and Ukraine had been handled by intermediaries, which contributed to the corruption. In addition, gas produced domestically was heavily subsidized by the state and sold at cheap prices, thus creating opportunities for corruption, and preventing incentives for consumers to use it efficiently. Kobolyev said that Ukrainian gas consumers would use three to four times more gas than people in comparable Eastern European countries.

Kobalyev and his team managed to diversify gas sources through making deals with European suppliers and improving energy efficiency, as well as changes to management practices in the firm, thus making the company profitable.
(...)

[ Full text ]
Note: See a series of reports on the extent of corruption that encompasses and affects the political interests of Ukraine and the United States in the current environment of globalized economy → HERE

Return to Order – Where we've been, how we got here, and where we need to go