Readers would certainly have been paying attention to economic controversies in the last decade, and you may have noticed the increasing number of discussions about economic inequality. It’s a hot topic and many believe that the alleviation of poverty requires a substantial reduction in inequality.

Let us see what The Economist found about this subject:

Inequality illusions: Why wealth and income gaps are not what they appear

Inequality could be lower than you think, but there is plenty to do to make economies fairer.

Nov. 28.– Even in a world of polarisation, fake news and social media, some beliefs 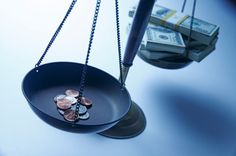 remain universal, and central to today’s politics. None is more influential than the idea that inequality has risen in the rich world. People read about it in newspapers, hear about it from their politicians and feel it in their daily lives. This belief motivates populists, who say selfish metropolitan elites have pulled the ladder of opportunity away from ordinary people. It has given succour to the left, who propose ever more radical ways to redistribute wealth (see article). And it has caused alarm among business people, many of whom now claim to pursue a higher social purpose, lest they be seen to subscribe to a model of capitalism that everyone knows has failed.

In many ways the failure is real. Opportunities are restricted. The cost of university education in America has spiralled beyond the reach of many families. Across the rich world, as rents and house prices have soared, it has become harder to afford to live in the successful cities which contain the most jobs (see Free exchange). Meanwhile, the rusting away of old industries has concentrated poverty in particular cities and towns, creating highly visible pockets of deprivation. By some measures inequalities in health and life expectancy are getting worse.

Yet precisely because the idea of soaring inequality has become an almost universally held belief, it receives too little scrutiny. That is a mistake, because the four empirical pillars upon which the temple rests—which are not about housing or geography, but income and wealth—are not as firm as you might think. As our briefing this week explains, these four pillars are being shaken by new research.

Consider, first, the claim that the top 1% of earners have become detached from everyone else in recent decades, which took hold after the “Occupy Wall Street” movement in 2011. This was always hard to prove outside America. In Britain the share of income of the top 1% is no higher than in the mid-1990s, after adjusting for taxes and government transfers. And even in America, official data suggest that the same measure rose until 2000 and since then has been volatile around a flat trend ...

We are fast approaching the stage of the ultimate inversion: the stage where the government is free to do anything it pleases, while the citizens may act only by permission; which is the stage of the darkest periods of human history, the stage of rule by brute force.
Ayn Rand