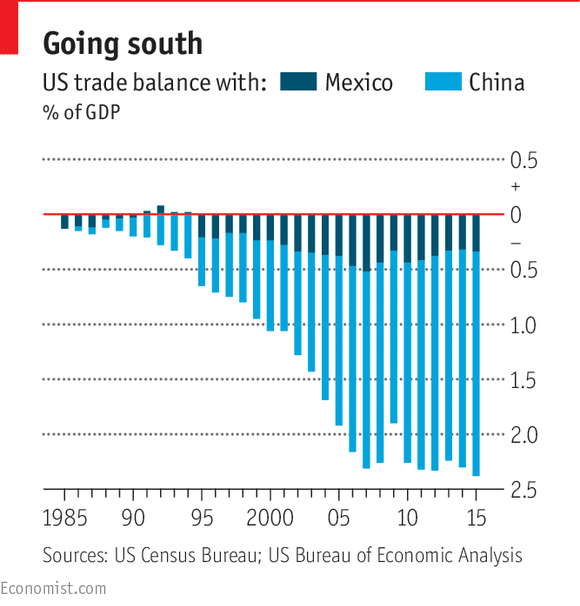 In 2013 China surpassed the United States as the largest trading nation in the world. China became a member of the World Trade Organization (WTO) in 2001. China’s economic success lays bare an uncomfortable historical truth: No matter its membership in WTO, preaching ‘free trade’ doesn't mean that it really practices it. However, today real 'free trade' with China might lie in the horizon under the US and EU persistent pressure. Today, China's main export markets, in order of importance, are the European Union (20.4%), United States (17.7%), Hong Kong (13.4%), and Japan (8.1%).

In China, Macron wants to take Beijing 'at its word' on free trade

"Since this fair is supposed to demonstrate China's openness, well, let's prove it with access to its agrobusiness market and progress on the EU-China deals,"

Shanghai, Nov.3 (Reuters).– French President Emmanuel Macron will seek to make China deliver on promises to grant more access to foreign companies, eyeing agribusiness and finance, advisers said ahead of his arrival in Shanghai for a giant import fair.

Macron, who will attend the fair along with other European officials including incoming EU trade commissioner Phil Hogan, would take China "at its word" that it aims to open itself up to trade, a presidential adviser said ahead of the Nov. 4-6 trip.

"Since this fair is supposed to demonstrate China's openness, well, let's prove it with access to its agrobusiness market and progress on the EU-China deals," the adviser added.

Macron will travel with a business delegation of 30 companies ranging from blue chips to small firms. He will seek greater access in the fields of finance and aerospace as well as fewer export restrictions for French poultry.

China has long been dogged by Western allegations of unfair trade practices ...