Financing Forced Labor: The Legal and Policy Implications of World Bank Loans to the Government of Uzbekistan.

Dec. 15.– Uzbekistan’s 2018 cotton harvest, which concluded in all regions of the country the first week of December, showcased the enormous challenges in uprooting the country’s deeply entrenched forced labor system. Driven by a commitment to reform at the highest levels of the government, there is a significant transition underway, which is reflected in some encouraging signs of progress. But despite serious efforts by the central government to curtail forced labor for some citizens, key root causes remained in place, driving officials at both the local and national level to force citizens into the fields again.


The Cotton Campaign and coalition partners’ preliminary 2018 harvest findings show that large-scale, government-implemented forced labor occurred during the recent cotton picking season, even as the government increased commitments to ending the practice. 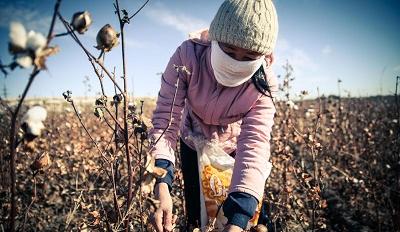 “Our monitors found that regional and district officials ordered state organizations and businesses to send employees or pay for replacement workers to pick cotton and sign statements stating they were working voluntarily,” said Umida Niyazova, Director of the Uzbek-German Forum for Human Rights (UGF). “Some of the forced pickers were from republic-level law enforcement and military agencies, which could not have sent employees without authorization from the central government.”

For example, UGF monitors obtained an order, signed by the deputy governor of Namangan region, directing 82 state organizations including banks, utility companies, the youth union, tax authority, department of tourism, and regional labor union, to deliver 760 metric tons of cotton by November 27, 2018. The order specifies the number of employees of each organization and the amount of cotton each organization should deliver ...