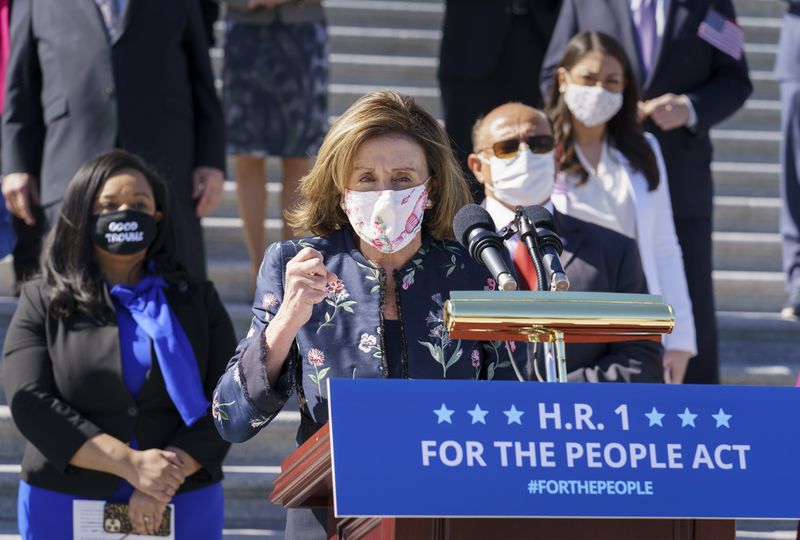 The "For the People Act" (also known as H.R.1) is a bill in the United States Congress allegedly geared to expand voting rights, change campaign finance laws to reduce the influence of money in politics, limit partisan gerrymandering, and create new ethics rules for federal officeholders, according to its promoters.

That is what its promoters highlight among its more than 800 pages. Nevertheless, Representative Claudia Tenney (R-NY) wrote for The Hill on March 3, "the worst-kept secret in Washington right now is that H.R.1 isn't for the people at all ... it's for the politicians", and to be precise we should add "for some of them". We must stress this point because "For the People Act" should actually be called "The Democrat Party takeover of America Act" in view of its undisclosed, but clear-cut mandates to fix the elections permanently and give the federal government control over how States conduct elections.

Therefore, its dispositions are a clear violation of Article 1, Section 4 of the US Constitution. In fact, they are so extreme that even the far-Left ACLU opposes it.

The Heritage Foundation summarizes the impact of H.R.1 bill as follows:

Furthermore, it is important to make public that it forces States to implement longer periods of early voting, automatic voter registration even online, and same-day registration with little or none ID requirements. In fact, it prevents State election officials from checking the eligibility and qualifications of voters and forbids the normal procedure of removing ineligible voters from voter rolls (including people who has moved or died). As if this were not enough, it mandates further regulations allowing same-day voter registrarion even up to the minute when polling places are about to close, and bans all State "Voter ID" laws, making it possible that fraudulent voters simply sign a statement saying they are the person they say they are without any proof of identity.

And that is not all! But it is practically impossible to put in a nutshell all its more than 800 pages. However, what is hereby revealed is certainly enough to firmly repell its approval in Congress, because it'll take away any integrity of the election process and can radically 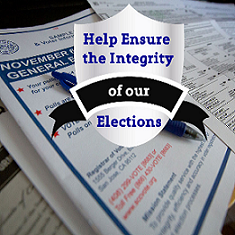 increase voter fraud and multiple votes by one person.

Voters have a good recourse to put a brake to this anti democratic madness. Simply tell your Representatives and Senators that you will not vote for them in the next elections if they vote in favor of this bill. Contact by phone or write a letter to your two US Senators and do the same with your Representative in the US Congress. In addition, phone, write or email US Senator Joe Manching, a Democrat from West Virginia who is the key to stop this bill and preserve election integrity. Senator Manchin has stated repeatedly that he opposes ending the filibuster rule in the Senate (requiring a 60 votes majority to pass a bill). If he holds his ground in spite of surmounting pressures and Republican Senators do so as well, the so-called "For the People Act" will not pass in the Senate ...

And may the voters breathe a sigh of relief!