One of the biggest misnomers in popular culture is the notion of “democratic socialism”. It does not exist. The 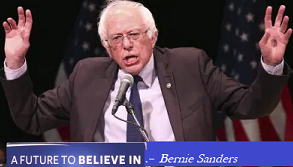 lie socialist politicians like Bernie Sanders, Alexandria Ocasio Cortez (AOC), and America’s left have been promoting is a fabricated myth. It is a clever ploy intended to deceive.

“Democratic” socialism: The use of the adjective “democratic” serves to camouflage socialism’s abysmal moral, political, and economic failures. American socialism is wholly Marxist based. In fact, it inherently rejects welfare-state, social democratic schemes. It sees those alternatives as copouts. The new Biden administration, shepherded by todays increasingly left-wing Democratic Party, will retake the hardcore “long march through the institutions” Obama began.

Highlighting a mythological variant of the “Nordic model” (Denmark, Norway, Finland, Sweden), an oscillating fusion of a welfare-state structure with varying degrees of social democratic purports, America’s socialist movement is on another playing field. In his address at Havard’s Kennedy School in 2015, former Danish Prime Minister Lars Løkke Rasmussen clarified difference between the “Nordic model” and socialism. “I know that some people in the U. S. associate the Nordic model with some sort of socialism”, he said.

“Therefore, I would like to make one thing clear. Denmark is far from a socialist planned economy. Denmark is a market economy”. “The Nordic model is an expanded welfare state”, Rasmussen continued, “… but it is also a successful market economy with much freedom to pursue your dreams and live your life as you wish”.

Carl Bildt, Sweden’s Prime Minister from 1991 to 1994, also sent out a clear warning to Americans about the effects of socialism, to awaken consciousness from this sham promoted by America’s communists.

Welfare-state, social democratic mechanisms operate within the realms of a democratic regime and a capitalist economic system. The varying tax and spend proposals, put together with correlating state intervention mechanisms, all accept the predominating parameters as established by liberal democratic norms. Its incursion is limited to fiscal and/or regulatory matters. Karl Marx ridiculed these kinds of remedies to establish modes of social equilibrium. The current American socialist drive relegates economic matters to peripheral importance. It is in the cultural realm, where their war is most ambitiously being fought. 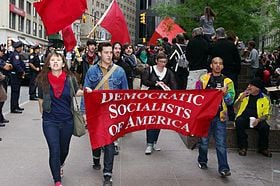 The socialist war for power has many fronts. Two of their most ardent and successful militias are Black Lives Matter and Antifa. The former is much more organized and ideologically coherent. BLM has coopted the power oligarchs and elites consisting of Big Tech, the liberal media, and big business, all with their accommodation into the Democratic Party, in a true Leninist understanding of the concept of a single, elitist revolutionary party.

Critical Theory is probably Marxism’s most subversive intellectual weapon. This is the essence of BLM’s work and American socialism’s campaign to institutionalize a cultural Marxism’s goal: monopolize hegemony and have the legal instruments to punish deviancy from this power consolidation mission.

The Frankfurt School, through the use of Critical Theory’s established the intellectual rational for socialist subversion masqueraded as “social justice” measures.

“Repressive Tolerance”, another ingredient in cultural Marxism’s poisonous cultural medicine cabinet and orchestrated by Herbert Marcuse, a Frankfurt School member, contrived this instrument to censor all views and opinions which challenges the Marxist Critical Theory premise being promulgated. Big Tech, mass and social media are all currently employing Marcuse’s Repressive Tolerance theory to cancel out dissent. In the U. S. today, the socialist revolution has adapted BLM’s ideological two-fold tenet: Critical Race Theory and Critical Queer Theory for its claim that America must be reinvented.

When Washington Post columnist, Eugene Robinson, told BLM’s cofounder Nikole Hannah-Jones, during an appearance on MSNBC, “There are millions of Americans, almost all white, almost all Republicans, who somehow need to be deprogrammed”, he was invoking means of cultural enforcement akin to “reeducation” programs exercised in communist and fascist regimes, commonly carried out in concentration camp settings. Just as revealing, although consistent with Critical Race Theory rationale, was the Marxist BLM cofounder’s response of “there has to be consequences”.

During an over one-hour rant on social media video recently, AOC suggested that the healing process of the nation was “through the actual liberation of the southern states”. In one of her virtual townhall meetings via Zoom, the Democratic Congresswoman suggestedt publicly funded schemes to “deradicalize” white supremacists, and as expected, came awful close to saying that Trump supporters are all in that category.

“They give a damn about white supremacy, they care about preserving the social order and the mythology of whiteness,” she said. “I don’t want to hear or see the Republican Party talk about blue lives ever again.”

Michael Beller, the lead attorney for the Public Broadcasting Service (“PBS”), America’s national public radio and television broadcasting conglomerate, said in a private meeting, “We go for all the Republican voters and Homeland Security will take their children away…we’ll put them into the re-education camps.” This was exposed by an undercover reporter from Project Veritas. Cori Bush, the newest member of the House’s Marxist “squad”, submitted legislation that seeks to remove Republican House Members who challenged the electoral college votes. Even though Democrats have exercised the same constitutional procedure, as it a is totally legal, the BLM activist turned politician is effectively seeking to criminalize the opposition.

Those who voted for the Democrats with the belief that the choice was merely one of assigning a greater role for a more distributive and expanded government, will be unpleasantly surprised. These examples represent only a fraction of the far greater agenda to deconstruct America. One which the socialists will unleash on Wednesday. Marxism’s Critical Theory and Repressive Tolerance will be the two main paths they will use. Difficult days await America. A new era of freedom’s defense begins.

Julio M Shiling is a political scientist, writer, director of Patria de Martí and The Cuban American Voice, lecturer and media commentator. A native of Cuba, he currently lives in the United States. Twitter: @JulioMShiling.