I am too ignorant (entirely so, in fact) of how computer systems work and how they can be rigged, of polling and ballot procedures, and of how votes are counted and reported to the election authorities to have an informed opinion about whether the election this year was electorally stolen or not, though the proliferation of staggered vote dumps, and their frequently near-unanimous contents, certainly strike me as hugely suspicious. And while it is by now apparent that all the usual irregularities and frauds that have occurred in every previous democratic election in history, here and every other country in the world, did so again in this one, there is no means to prove that they were sufficiently numerous and widespread to have determined the final count that appears to have given Joe Biden the presidency. In that sense, then, the 2020 was not stolen—at least, it cannot be demonstrated to have been an act of highway robbery. But miscounting and misreporting votes is far from being the only way in which a democratic election can be stolen, as I believe this one was.

One of them is by changing the voting rules in the period leading up to an election. No one denies that this 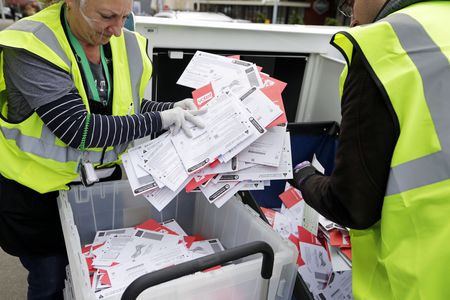 happened in 2020; numerous state and local governments, indeed, have boasted of having done just that from their concern for the mental, emotional, and physical welfare of the citizenry during the pandemic. By doing so, however, they ignored entirely the interests of the political candidates at every level of government, who went into the election season that began last year armed with strategies whose effectiveness depended upon the assurance that their campaigns would follow a fixed schedule allowing them exactly so many months, weeks, and days to build their case for election or reelection, and present it to the electorate before the voters went to the polls on the first Tuesday following the first Monday in November: a sure and regularized process that is not only of enormous benefit to the candidates, but also to the voting public itself. In 2020, state and local governments robbed both parties of that benefit by allowing voters to cast their votes before the incumbents had the time they deserved to fulfill the political commitments they had made during previous election cycles and finalize their political accomplishments, and that the electorate needed to judge for itself whether they had done so–or not.

For instance, President Trump’s success in bringing about the Jerusalem Accords came rather too late to benefit him in the campaign. So, more importantly and obviously, did the success of Operation Warp Speed in creating a vaccine for Covid-19 in the space of a few months. By the time these things had been achieved, nearly a half of the country had voted—much of it, of course, for the President’s challenger. The same thing goes when we turn the picture about from the positive to the negative side: A similar proportion had cast its vote before the most shocking and certain details of Cosa Biden’s diplomatic and financial intrigues could be revealed. All this was the result, not of blind chance or cruel nature, but of the Democratic Party’s long formulated scheme to steal elections by early and mail-in balloting, loose restrictions with regard to the proper marking and signing of ballots, the shady collection of votes (by “vote harvesting” and other means), and so forth. The pandemic was thus a gigantic windfall for them. It also provided the sort of crisis that Democrats have candidly stated should never be permitted to go to waste.

Lastly–and most critically– there were the media, which did their utmost to hide from the public the positive facts of the Trump Administration’s progress, accomplishments, and victories—while suppressing every story that could harm the prospects of the opposition party, including those about the mental incompetence of the Democratic candidate for President of the United States, his sons’ international financial intrigues, their father’s role in them for his own financial benefit, and his repeated lies asserting his ignorance of these things.

The Bidens, père et fils, may eventually face justice on these specific charges. Their overall and consistent mendacity, abetted and supported by the press and the electronic media, like their conspiracy of silence against President Trump, are not criminal, and hence immune to prosecution. Morally and in practice, however, the media’s behavior amounts to one huge but simple thing: the effective theft of an American national election. And so it should be written in the proverbial history books to come.