Until a few years ago, the optimists reigned supreme. Liberal democracy, many argued, was the most just and attractive political regime. It had already triumphed in many of the most militarily dominant, economically advanced, and culturally influential countries in the world. In due course, others would surely follow suit.

the “end of history.” Writing a few months before the Berlin Wall fell, Fukuyama argued that humankind’s ideological evolution had come to an end. Although various twentieth-century political movements had promised to supersede Western liberalism, by the end of the century their impetus had been exhausted. Communism might still have “some isolated true believers” in such far-flung places as “Managua, Pyongyang, or Cambridge, Massachusetts,” but it was no longer a viable contender for ideological hegemony. Devoid of credible alternatives, the world was safe for liberal democracy: “The state that emerges at the end of history is liberal insofar as it recognizes and protects through a system of law man’s universal right to freedom, and democratic insofar as it exists only with the consent of the governed.”

Many social scientists dismissed Fukuyama’s work out of hand. But the truth of the matter is that scholars who would never have deigned to make the bold pronouncements that turned Fukuyama into a worldwide celebrity were committed to equally far-reaching assumptions. Indeed, perhaps the most influential empirical article on the fate of democracy published since 1989 made a claim that, properly understood, was even more triumphalist. According to Adam Przeworski and Fernando Limongi, countries that had changed governments through free and fair elections at least twice, and that had reached a level of annual per capita income higher than that of Argentina in 1975 (a figure that they gave as $6,055 “expressed in constant U.S. dollars computed at purchasing-power parities and expressed in 1985 prices,” or close to $14,500 in 2019 terms), were consolidated democracies. They could expect to enjoy life eternal. As Przeworski, Limongi, and two other colleagues had put it in an earlier article in the Journal of Democracy, at or above this level of per capita income, “democracy is certain to survive, come hell or high water.”

Now, as the tides of history are rapidly turning, the hypotheses of theory are being reversed. Over the span of less than a decade, Great Britain voted for Brexit, the United States elected Donald Trump, authoritarian populists took the reins of power from Brazil to India and from Italy to the Philippines, and elected strongmen started an all-out assault on liberal democracy in Ankara, Budapest, Caracas, Moscow, and Warsaw (as well as many other places that get far less attention in newspapers and academic journals alike).

As the certainties of yesteryear have melted into air, it has become fashionable to gloss recent political developments as “the end of the end of history.” In many books and essays on this topic—including my own—the significance of recent developments is explicitly framed in terms of evidence for the failure of Fukuyama’s thesis. History, a swelling chorus sings from the new hymnbook, has not ended. The values of liberal democracy are no longer hegemonic, if ever they truly were. Some authors go even farther: As the conditions that made liberal democracy possible fade away, they predict, it is likely to be supplanted by illiberal democracy, competitive authoritarianism, or outright dictatorship. Whatever may come next, the democratic era is sure to end. But these conclusions, born from trauma, risk being just as rash as the more optimistic ones that preceded them.

The Triumphalist Philosophy of History

The triumphalist view of history that held such great intellectual sway until recently is so easy to dismiss in part because it has, all along, been so poorly understood. In the case of Francis Fukuyama, that misunderstanding begins with the very title of his most famous work. Influenced by Georg Wilhelm Friedrich Hegel and Alexandre Kojѐve, Fukuyama intended his essay not as a prediction that historical events would no longer occur, but rather as a rumination on the purpose of history: “This is not to say that there will no longer be events to fill the pages of Foreign Affairs‘ yearly summaries of international relations,” he slyly wrote in the pages of the august journal’s upstart rival, the National Interest, “for the victory of liberalism has occurred primarily in the realm of ideas or consciousness and is as yet incomplete in the real or material world.”

For most of the ancients, there were a small number of basic political regimes, each of which was liable to prove unstable. Until the eighteenth century, virtually all philosophers shared this assumption: The realm of politics was, in their minds, marked by cyclical revolution rather than purposive evolution. Fukuyama argues that this account is unsatisfactory because it does not pay sufficient attention to the human ability to accumulate knowledge.

Knowledge, according to Fukuyama, shapes human societies in two crucial ways. First, the existence of ferocious military competition favors the development and survival of societies that embrace the scientific method. Second, the scientific method will also produce “directional historical change” by means of the “progressive conquest of nature for the purpose of satisfying human desires.” Economic development, in this view, requires an ever more sophisticated division of labor, which disrupts traditional societies and erodes their modes of governance.

But while the existence of science helps to dispel purely cyclical notions of history, it does not give human societies a clear destination. Indeed, while Fukuyama thought that the greater ability of markets to coordinate complex economic activities would ultimately give capitalist societies an evolutionary advantage over those governed by central planners, he disputed the classic assumptions of “modernization theorists” such as Seymour Martin Lipset. As the experience of societies such as Singapore or (later) China showed, it was possible to experience rapid economic growth and an exponential increase in educational standards without transitioning to liberal democracy. To understand Fukuyama’s belief that history is moving in the direction of liberal democracy, it is therefore necessary to locate a second motor of history: thymos.

It is the human desire for recognition, Fukuyama argues, that pushes societies in the direction of greater equality. In a monarchy, in which only one person’s desire for recognition is satisfied, a great number of the king’s subjects will aspire to a greater status. In an aristocracy, in which only a few men and women of noble birth enjoy honor, the lowly will be tempted to plot revolution. It is only in a society that is capable of recognizing the equal status of all that such internal contradictions will be minimized. Most human beings, Fukuyama writes, “have a thymotic pride in their own self-worth, and this leads them to demand democratic governments that treat them like adults rather than children, recognizing their autonomy as free individuals.”

This helps to explain why liberal democracy, according to Fukuyama, holds greater appeal than any other political system. Communism and theocracy both fail at commanding broad consent and allowing citizens a significant scope of freedom. Only liberal democracy affords individual citizens a great amount of leeway to live life in accordance with their predilections and an ability to determine their collective fate. This is the source of its lasting appeal, and the reason why history ultimately tends toward its triumph.

This also helps to explain why Fukuyama could have believed that liberalism had triumphed “in the realm of ideas or consciousness” even though it remained “as yet incomplete in the real or material world.” As a result of the failure of totalitarian alternatives such as fascism or communism, liberal democracy has revealed itself to be the only credible way of satisfying humankind’s desire for recognition. While democracy has hardly conquered the whole world—and some democracies may even collapse—no other political system has a credible claim to rivaling its appeal.

This caveat both flows from Fukuyama’s deepest theoretical commitments and effectively demolishes the most simplistic objections to his theory. As he puts it, it would be a mistake “to cite the failure of liberal democracy in any given country, or even in an entire region of the world, as evidence of democracy’s overall weakness.” And yet, his insistence that “cycles and discontinuities in themselves are not incompatible with a history that is directional and universal, just as the existence of business cycles does not negate the possibility of long-term economic growth,” invites an obvious concern: Is Fukuyama’s thesis unfalsifiable?

Although Fukuyama is not nearly as clear about what facts or developments might disprove his thesis as one might wish, I do not believe that he is putting forward a proposition that is unfalsifiable (and thus, as acolytes of Karl Popper would readily remind us, outside the realm of scientific knowledge). In particular, two kinds of findings would, if true, suggest that Fukuyama’s theory is in need of serious revision.

First, since the desire for recognition is universal among human beings who live in societies that have reached a certain stage of historical development, we can assume that citizens of liberal democracies should cherish their political arrangements. This implies that the residents of countries such as Germany, Italy, or the United States should, despite all the discontent they might feel with particular policies or governments, ascribe great importance to living in a democracy and reject authoritarian alternatives to the status quo. If they fail to do so, this suggests that the internal contradictions of liberal democracy are more substantial than Fukuyama concedes. Call this the “democratic-consent condition.”

Second, citizens of countries that are not liberal democracies should, over the short or long term, bristle at their political arrangements to some significant extent. This implies that residents of countries such as Russia or China should, despite all the legitimacy that these governments might derive from political stability or economic performance, seek to gain greater individual liberty and collective self-determination—ideally, in the form of liberal democracy. If some new form of regime should manage to fulfill its citizens’ longings for recognition, reconciling its internal contradictions to the same extent as liberal democracy does, then no one will be able to claim that history has ended. Call this the “autocratic-contradictions condition.” 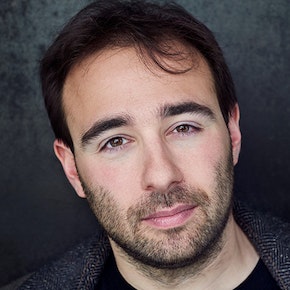 Prof. Yascha Mounk
** Yascha Mounk is Associate Professor of the practice of international affairs at Johns Hopkins University and the author of The People vs. Democracy: Why Our Freedom Is in Danger and How to Save It (2018).