Every time we have managed to get democracy restored in Pakistan,
the net result has been civilian rule of such massive incompetence
that the eventual restoration of military dictators has been welcomed.

There is an old fable of a criminal who is given the choice of either suffering a hundred lashes or of eating a hundred onions. The convict first opts for onions but soon finds that he is revolted beyond measure. He, therefore, asks to be flogged instead and, of course, finds that he can't take the pain either. He is then allowed to go back to eating onions but once again finds himself unable to proceed. The net result is that he suffers both punishments.

The fable of the onions and the lashes is normally used as a metaphor for Pakistan's zigzag progress from dictatorship to democracy and back; how we first thirst for democracy, then get revolted by the corruption and inefficiency that attends it, then get entranced by military rule and its promise of an efficient, technocratic future, then get revolted by the corruption and arrogance that inevitably attends all dictatorships and so stagger back to democracy, only to repeat the whole cycle all over again.

The question, of course, is how to break this cycle of suffering and stupidity. One answer comes to us from the wizards at Betty Crocker. And yes, I'm serious.

In case you don't know what I'm talking about, let me explain. Betty Crocker is the name of a poplar line of baking goods best known for cake and pastry mixes that can be used by busy housewives and untalented cooks (such as myself) to produce reasonably tasty desserts with minimum effort.

Back in the 1950s, the marketing wizards at General Mills (the company which owns the Betty Crocker brand) were perplexed by the failure of instant cakes to achieve popularity even though instant piecrusts and instant biscuits were massive hits. Given that cakes and biscuits contained much of the same ingredients, the failure of instant cakes to sell was, indeed, very odd.

The eventual solution, as figured out by a psychologist called Ernest Dichter, was that instant cakes were so easy that housewives using the mixes didn't feel any pride in presenting them. The solution adopted, therefore, was to deliberately leave out a few key ingredients such as eggs, milk and oil. These ingredients could then be triumphantly added by the cakemaker who could then — with some justification — claim to have 'baked' the cake. Or, as the ad put it, "You and Betty Crocker can bake someone happy."

Ok, you may ask, but what does all of this have to do with democracy in Pakistan? Part of the answer comes from MIT professor Dan Ariely in his book "The Upside of Irrationality". 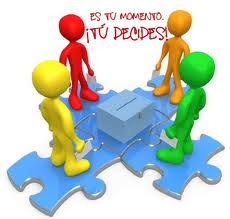