Rabbi Michael Lerner, best-selling author of The Left Hand of God and editor of Tikkun magazine, is now making the case for why peace activists must be BOTH pro-Israel and pro-Palestine.

Rabbi Lerner first tells the story of this struggle from 1880 to 2011, but in a way that shows how both sides have a legitimate narrative and have been unnecessarily cruel and insensitive to the other side. He goes on to challenge the current notion that the key to peace is to get the parties to once again sit and negotiate (as they did in the Oslo Accords).

Instead, he argues that a fundamental transformation in consciousness is needed for any political compromise to work. He shows how we in the West can help shape a global transformation in consciousness (and changes in foreign and domestic policies) that are needed to provide the security, justice, and mutual compassion necessary for a lasting peace.

Embracing Israel/Palestine is a terrific book by a pioneer of global transformation. Out of love for both Israelis and Palestinians as equal creations of God, Rabbi Lerner offers us the deepest way out of the bloody conflict. Not just a political agreement, not a simple "real estate" and power sharing transaction, Embracing Israel/Palestine draws from a deep psychological and political understanding of the dynamics of the Middle East. Lerner's book is coming out of a loving heart and a powerful analytic mind. He offers us a strategy of trust that could heal and repair the mentalities of fear that limit the current perspectives that dominate our politics.

—Avrum Burg, former chair of the Jewish Agency and World Zionist Organization, speaker of the Knesset, and interim president of Israel

Rabbi Michael Lerner is one of America's most significant progressive intellectuals and political leaders, and Embracing Israel/Palestine is not only a great conceptual breakthrough in dealing with the Middle East but also demonstrates a methodology for how best to think about global and domestic U.S. politics.

For many decades Muslims, around the world have been cheered by Rabbi Lerner's challenge to the media's demeaning of our religion and dismissal of the rights of Palestinians, just as they have been challenged by his insistence that they recognize the importance of truly and deeply accepting Israel's right to exist in peace and security. I hope my colleagues on Capitol Hill, the cynical media, and leaders in Israel, Palestine, and throughout the world are pushed by ordinary readers to grapple with the brilliant path to peace and reconciliation put forward in this book. Rabbi Lerner's commitment to nonviolence and a path of love and generosity should not be dismissed as utopian. My experience in the Congress leads me to believe, on the contrary, that it is precisely his way of thinking that is the only path that will give Israel, Palestine, and the United States the peace, security, and well-being all three deserve!

—Rep. Keith Ellison ( D-Minn.), the first elected Muslim to the U.S. Congress and chair of the seventy-member Progressive Caucus of the U.S. House of Representatives

— Jimmy Carter, 39th president of the United States of America

Embracing Israel/Palestine is a must-read for those who care about peace in the Middle East. It is provocative, radical, persuasive, and, if given the attention it deserves, could make a major contribution to reconciliation. Please read this book!

Rabbi Michael Lerner is one of the great prophetic figures of our time. He inherited this mantle from his teacher and my hero, Rabbi Abraham Joshua Heschel. This book should be the indispensable work on the delicate and difficult effort to keep track of the precious humanity of Jews and Palestinians in the epic struggles for security and justice.

Our sages tell us: words that come from the heart enter the heart. Michael Lerner's Embracing Israel/Palestine is not only a passionate book that comes from the heart, it also demands of us to use our hearts. Lerner suggests that a politics of generosity, a politics that begins with careful and compassionate listening to the stories of both Israelis and Palestinians is the only way forward. The politics of greed and power that is once again on the rise in the United States can only be defeated by a politics that takes as its starting point the worth of all human beings. Lerner has sketched a path from here to there. Read the book. Take up the conversation. Change the world.

Rabbi Michael Lerner is one of the very few Jewish leaders in the Diaspora who has consistently challenged slavish Jewish pandering to right-wing Israeli chauvinism and messianism, opposed the Occupation of the West Bank and the crimes of many Israeli settlers, supported Palestinian rights and justice for the Palestinian people, called for an end to religious coercion and separation of state and synagogue in Israel,  yet has simultaneously retained a strong commitment to the safety and well-being of Israel and the Jewish people. He has been a fierce critic of those who move from legitimate criticism of Israeli policies to illegitimate anti-Semitism or attempts to destroy Israel. His voice needs to be heard by Israelis, Palestinians, and all those who seek peace for the Middle East.

Michael Lerner has been a national leader of the social change movements in the United States for the past forty-five years. The practical wisdom derived from that experience plus his analytic skills honed as a psychotherapist, philosopher, and theologian combine in this book to give Americans, Israelis, and Palestinians a brilliant path to heal the Middle East. This book is at once a major intellectual achievement, a practical guide for peacemakers, and a perspective on politics and social change that everyone needs to read. Share it with your most partisan friends on every side of this issue and on every side of America's political divisions, and watch how they begin to broaden and mellow their understanding of the world.

—Michael Nagler, founder of Peace Studies at U.C. Berkeley and chair of the Metta Center for Nonviolence

I've read dozens of books on the subject, but none has the potential this book has to inform wisely and fairly, mobilize good will effectively, and motivate action intelligently toward needed change. Rabbi Lerner's generous Jewish vision warms my Christian heart, and his deep integration of spirituality, theology, political philosophy, and human kindness serves as a model I hope many will join me in following.

—Brian McLaren, Christian Evangelical Pastor and author of A New Kind of Christianity

Michael Lerner's passionate call to the Jewish community to heal the wounds of Jewish historical trauma is an indispensable element of peacemaking. 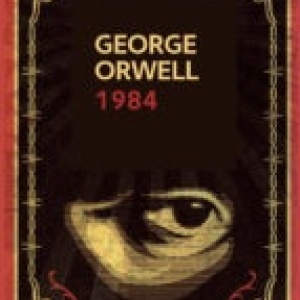 We have 363 guests and no members online