dictatorshdemocr.jpg
Price: $6.00 each
You may order or download this publication (available in 21 languages).  [pulse aquí para la versión en español]

In recent years various dictatorships—of both internal and external origin—have collapsed or stumbled when confronted by defiant, mobilized people. Often seen as firmly entrenched and impregnable, some of these dictatorships proved unable to withstand the concerted political, economic, and social defiance of the people.

In addition, mass political defiance has occurred in China, Burma, and Tibet in recent years. Although those struggles have not brought an end to the ruling dictatorships or occupations, they have exposed the brutal nature of those repressive regimes to the world community and have provided the populations with valuable experience with this form of struggle.

The collapse of dictatorships in the above named countries certainly has not erased all other problems in those societies: poverty, crime, bureaucratic inefficiency, and environmental destruction are often the legacy of brutal regimes. However, the downfall of these dictatorships has minimally lifted much of the suffering of the victims of oppression, and has opened the way for the rebuilding of these societies with greater political democracy, personal liberties, and social justice.

back to top
Sell not virtue to purchase wealth, nor Liberty to purchase power.
Benjamin Franklin 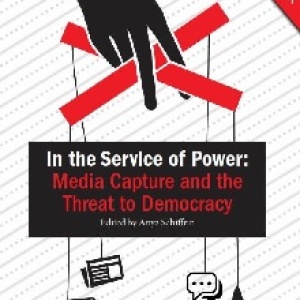 In the Service of Power: Media Capture and the Threat to Democracy

We have 860 guests and no members online