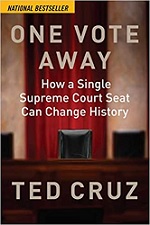 A closer look at the Supreme Court

“Equal Justice Under Law”: These words, written above the main entrance to the Supreme Court Building, express the ultimate responsibility of the Supreme Court of the United States—to act as guardian and interpreter of the Constitution.

With the passing of Justice Ruth Bader Ginsburg, the recent appointment of Amy Coney Barrett to fill her spot, the idea of packing the Supreme Court, and the presidential election, the Supreme Court has become a hotbed of discussion. It’s also the perfect time for Senator Ted Cruz’s latest book, “One Vote Away: How a Single Supreme Court Seat Can Change History,” to be published.

Sen. Cruz draws upon his long legal background. He was a Supreme Court clerk, the Solicitor General of Texas, and a private litigator. He also was a contender for the Republican nomination for president in 2016 and is currently the Republican senator for Texas.

Cruz’s belief that one seat of the Supreme Court can change history has a great deal of merit because Congress has increasingly allowed the Supreme Court to decide controversial issues that Congress is unwilling to solve legislatively. As a conservative, Cruz wants Supreme Court justices who will interpret the Constitution strictly rather than enact new laws.

As the book came out before Barrett’s appointment, Cruz was explaining that we were one vote away from losing the Republic that the founders handed down to us. Five constitutionalist justices would ensure that the American experiment continues to thrive, but five liberal activist justices could fundamentally transform our nation.

Cruz’s well-written book will still give readers food for thought. The introduction and conclusion contain Cruz’s opinions, recommendations, and biographical facts. The other chapters focus on constitutional liberties and crucial Court battles. Included in each chapter is a case that could have had a different outcome if a single vote had changed.

No right is more precious than the right to religious liberty. It is fundamental to who Americans are. Cruz reminds us that many who founded this nation were themselves fleeing religious persecution.

The Founding Fathers, Cruz says, wanted to protect faith, not require the removal of God from the public square. Yet this has happened in cases in which the Court banned, in public schools, the public recitation of prayer and also reading of the Bible.

Cruz was involved with the Van Orden v. Perry (2005) (5–4 decision) case. Thomas Van Orden sued Texas, arguing that a Ten Commandments monument on the grounds of the state capitol building represented an unconstitutional government endorsement of religion. The plurality opinion of the Supreme Court stated that the monument was constitutional, as it represented historical value and not purely religious value.

Cruz also talks about the Little Sisters of the Poor, an order of Catholic nuns who have taken vows of poverty and pledge to help the elderly and the needy. When Congress passed Obamacare, it included a so-called contraceptive mandate that required the Little Sisters and other religious organizations to pay for contraceptives and abortion-inducing drugs for others. If they refused to do so, they faced millions of dollars in fines.

The question on how to balance religious freedom against women’s health has been before the Supreme Court three times with different legal questions. At the moment, the contraception exemption for the Little Sisters of the Poor is in effect, but it could change after the election.

Cruz believes that school choice is the defining civil rights struggle of our time. He wants to give all families and children the maximum choice for a quality education. He refers to the case of Zelman v. Simmons-Harris (2002) (5–4 decision), where the Supreme Court upheld an Ohio program that gave vouchers to parents in the Cleveland City School District that allows them to send their children to public or private schools of their choice.

The Second Amendment states: “A well regulated Militia, being necessary to the security of a free State, the right of the people to keep and bear Arms, shall not be infringed.”

Cruz says that the framers of the Second Amendment put that provision in the Bill of Rights to protect our lives, our homes, and our families. In District of Columbia v. Heller (2008) (5–4 decision), the Supreme Court decided that the Second Amendment protected an individual’s right to keep and bear arms for self-defense. Cruz says that in spite of this decision, gun confiscation is becoming more and more central to the progressive platform.

Cruz is strongly pro-life. His argument against Roe v. Wade (1973) is that the Declaration of Independence guarantees that “all men are created equal, that they are endowed by their Creator with certain unalienable Rights, that among these are Life, Liberty and the pursuit of Happiness.” “Life” is the very first “unalienable Right” and applies to the unborn.

In this chapter, Cruz discusses two decisions on “partial-birth” abortions, a late-term procedure in which the physician partially delivers the unborn child and then, with the infant’s head still in the mother’s womb, uses scissors and forceps to pierce the skull and end the life of the child. In Stenberg v. Carhart (2000) (5–4 decision), the U.S. Supreme Court struck down a Nebraska ban on partial-birth abortion. Then in 2003, Congress passed and the president signed the Partial-Birth Abortion Ban Act. In Gonzales v. Carhart (2007) (5–4 decision), the Supreme Court agreed and said that this decision was constitutional.

The Supreme Court decided in Citizens United v. Federal Election Commission (2009) (5–4 decision) that the free speech clause of the First Amendment prohibits the government from restricting independent expenditures for political communications by corporations, including nonprofit corporations, labor unions, and other associations.

This decision has been objected to as a way to allow giant corporations to buy political elections. Cruz doesn’t agree with that critique, explaining that while corporations are not individuals, they can, legally, be considered as people who come together for a common purpose. It naturally follows that, under these circumstances, the First Amendment on free speech applies. 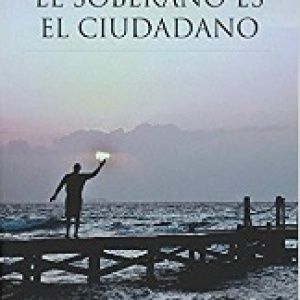 We have 437 guests and no members online