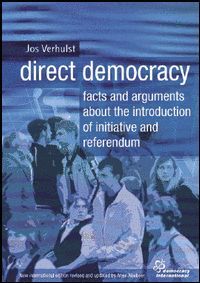 New book published by democracy international is available at http://www.democracy-international.org/book.html.

Around a century ago, most countries in the Western world introduced universal voting rights. Since then, the opportunities for citizens to take part in the political decision-making process have basically never been further extended. But society has definitely evolved considerably during that time. This up-to-date book pleads for a major democratic step forward.

Representative political systems are at odds with the principle of popular sovereignty which underlies democracy. A small group of leaders determine the major policies. Public debate about our future only flares up during elections, after which the citizens stand on the sidelines again for another four years. Despite long debates, politicians hardly ever get round to radical political renewal. This is the reason why many citizens lose interest in politics. Surveys show that a large proportion of the population has lost faith in political institutions. Can such a political system produce solutions for the major issues of these times?

Jos Verhulst discusses the characteristics of the various European political systems and comments on experiences with direct democracy at home and abroad. He also examines the objections to the binding referendum. This is all thoroughly substantiated by numerous scientific surveys, case studies and examples from all over Europe. Nevertheless, the book remains very readable and accessible for every interested reader.

from the book’s contents

Chapter 1 – The hidden power of democracy

Why our political system is ready for radical revision. Opinion polls show that a majority of the population of the entire Western world is in favour of the introduction of the referendum, but most politicians are strongly opposed to direct democracy.

Chapter 2 - What is democracy?

Federalism: how the voluntary federation of individuals into communities forms the basis for a flourishing political life. The trail-blazing work of political scientist Benjamin Barber. The connection between federalism and social capital (trust and sense of citizenship). The contrast with subsidiarity (the top delegates power downwards). How social capital and direct democracy are connected. How democracy must extend itself in depth, but must actually restrict itself in breadth.

Good and evil as basic political concepts. What motivates the modern person? The motivation theory of the psychologist Maslow. Three visions of people, three visions of democracy. The democratic and the authoritarian characters. Happiness and democracy.

Chapter 5 – Lessons from direct-democracy in practice

How direct democracy works in Switzerland. A look at California. How the power of money can be moderated. How the opportunities for referenda were recently expanded substantially in Germany. The story of Schönau: where referenda empowered committed citizens to have their way. A short summary of the referendum in several European countries.

Why objections to referenda were also used in the past against holding elections. A discussion of the most significant objections on the basis of scientific studies into the effects of referenda in practice. Is the citizen competent to participate in decision-making? Won’t minorities be threatened? Won’t big money get too much power? Does the referendum really provide sufficient opportunity for nuances? Isn’t there a danger of the voter being overburdened?

The last decades of the twentieth century have seen a spectacular advance of Direct Democracy in many countries of Latin America, not only in respect of the numbers of referendums held (which have doubled in each of the last three decades), but also because of the inclusion of several tools of direct democracy in the national constitutions. 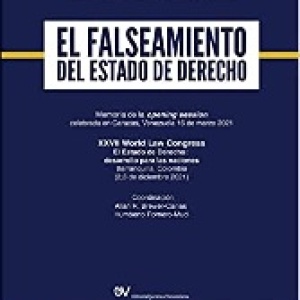 We have 1190 guests and no members online