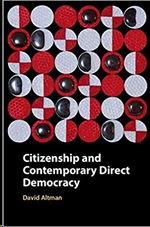 'Citizenship and Contemporary Direct Democracy offers a comprehensive and rigorous analysis of the origins and effects of popular initiatives, referenda, and other forms of direct democracy. Altman makes a compelling case, and shows that the impact of popular initiatives extends well beyond the often attention-grabbing election outcomes. Those of us who care about the fate of liberal democracy should pay close attention.' Steven Levitsky, Harvard University, Massachusetts

'Switzerland is where direct democracy got started, and California may be the global capital of direct democracy. But the foremost global scholar of direct democracy is a Uruguayan political scientist based in Chile. David Altman is not a name that many in California’s ballot measure industry know, but that should change. And his new book, Citizenship and Contemporary Direct Democracy, should be read by all of the people that Joel Fox calls “initiative warriors.” Altman’s book is academic, but it’s also very clear. And it’s short while being comprehensive—laying out what we know about direct democracy, and what we don’t know. But what is most important about Altman is the way he combines a big global picture of direct democracy, which is being used more and more around the world, with its particulars. To get direct democracy right, he shows, means to use it in context and in conjunction with representative democracy, so that democracy in its direct and representative forms is better.' Joe Mathews, Connecting California Columnist and Editor, Zócalo Public Square, Fellow at the Center for Social Cohesion at Arizona State University

'David Altman's new book on direct democracy blends theoretical insights with descriptive facility, presenting a thorough analysis of the remedial properties and potentials of direct democratic institutions within the institutional framework of representative democracy. I cannot think of another scholar as well qualified as David Altman to write a book of this kind, and I cannot recommend it highly enough.' Adrian Vatter, Chair of Swiss Politics, Institute of Political Science, University of Bern

back to top
From the totalitarian point of view history is something to be created rather than learned. A totalitarian state is in effect a theocracy, and its ruling caste, in order to keep its position, has to be thought of as infallible.
George Orwell 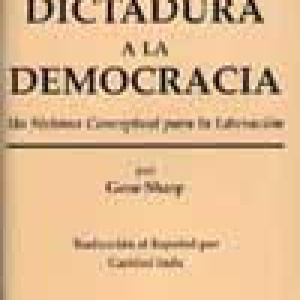 We have 474 guests and one member online