Strasbourg, Dec.5.– The Council of Europe’s Committee of Ministers is holding its quarterly meeting to oversee the execution of judgments and decisions from the European Court of Human Rights in Strasbourg from 6 to 8 December. 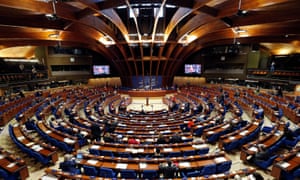 Decisions taken by the Committee of Ministers during the meeting will be published on the Council of Europe website after the meeting has ended.

The Committee of Ministers oversees the execution of judgments on the basis of information provided by national authorities, applicants, NGOs, National Human Rights Institutions (NHRIs) and other interested parties.

Following its exclusion from the Council of Europe on 16 March 2022, the Russian Federation ceased to be a High Contracting Party to the European Convention on Human Rights on 16 September 2022.

As stated in its Resolution of 23 March 2022, the Committee of Ministers will continue to supervise the execution of the judgments and friendly settlements concerned and the Russian Federation is required to implement them.

Meeting documents
Country factsheets on the execution of ECHR judgments

We have 631 guests and no members online