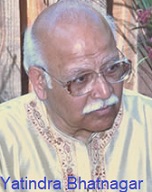 Nehru was a blundering and impractical politician. He complicated not only Tibet and India’s North East, but also Jammu & Kashmir state. [The latter was left to the current prime minister, Narendra Modi, to act decisively and display courage and competence. He tackled its on-going separatist and terrorist “culture” and ended its “special status” by abrogating the temporary Article 370 of the Indian Constitution, and brought it in line with the other Indian states.] Nehru, in his idealistic fervor and utopian dreams, had not acted like a patriot or a statesman and had surrendered much to China and also to the separatist Kashmiri Muslims. In his era, the favorite political slogan was “Hindi–Chini bhai bhai” (“Indians and Chinese are brothers”). It proved to be one-sided and disastrous to India with a big betrayal by China.

Left to Nehru, he would have messed up the relations between just-free India and the 500 odd princely states the British left in 1947 as “independent kingdoms.” It was due to the wisdom and diplomacy of then-Deputy Prime Minister Vallabhbhai Patel, who integrated the states with the Indian Union.

India had excellent relations with Tibet for centuries, and there were deep religious, educational, cultural, and trade ties between them. Actually, two of India’s most sacred and ancient places of pilgrimage— Kailash and Man Sarovar —are in Tibet and are still visited by Indians, though in a very restricted number because of the Chinese policies.

There have long been Indian scholars visiting Tibet, conducting research, studying there, and also bringing valuable material for Indians to study. This kind of relation was much less with Tibet and China—a distant land.

When the British left in 1947, India had “inherited” the British influence in Tibet, but soon Nehru gave it up.

Till then, there was an India-based British agent posted in Lhasa, acting as the ambassador and wielding enormous influence. Actually, Tibet had declared complete independence from China in 1913 and had also negotiated and finalized a treaty with Mongolia, independent of China. For centuries, the Chinese might have had nominal suzerainty over Tibet, but never sovereignty. For more than three decades before the Chinese communists took power, the Dalai Lama’s Tibet was absolutely independent of China. In 1947, Nehru failed to recognize, realize, and continue the same British influence—one may also call it domination— over Tibet and “generously” surrendered it to China. With that was lost the buffer state between India and China, with disastrous results for India. After the failed uprising in Tibet in 1959 against the Chinese, the spiritual and temporal head, His Holiness the Dalai Lama, fled to India, and not to any other country. 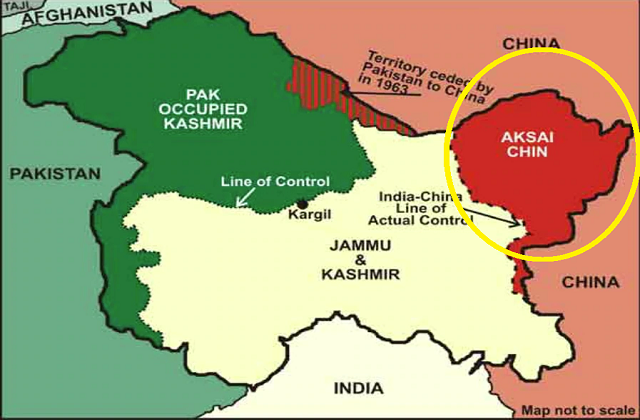 Thanks to this weak and “idealist” policy, Nehru also surrendered parts of India (such as Aksai Chin) to China in 1962. The statement of Nehru in India’s parliament was both shameful and disgusting, when he said not to waste time on discussing Aksai Chin as “not a single blade of grass grows there.”

Upon this preposterous statement, a senior member of Nehru’s own Congress party indignantly rose, took off his Gandhi cap and, pointing to his bald head, said: “Not a blade of hair grows here. ... Should it be given to somebody else?”

There was another unfortunate and disgraceful comment by Nehru when the Chinese attacked India’s North East in 1962. Nehru said “my heart goes out to the people of Assam” as if that part of India was already grabbed by China. In fact, Assam was safe.

That was a sign of total defeat and absolute surrender by Nehru and was much resented by the people of Assam and the whole country.

Now Modi has taken a tough stand against Chinese expansionism and is constantly strengthening the border areas, and has even made sure that the Chinese are kept at bay in Ladakh and other Indian areas that China is still claiming. China is extending its influence in other neighboring areas such as Pakistan and Nepal. Pakistan has given a part of its “occupied Kashmir” area to China, in violation of international norms, which India has condemned and opposes.

India will continue to stand up to China with its own growing prosperity; hardworking, intelligent, and educated population; consumer power; economic progress and potential; and tough, strong, and practical government. It has international respect.

India is home to the Dalai Lama and has the Tibetan government-in-exile in the beautiful town of Dharamshala. All this is despite the Chinese expansionism and threats, and bullying of its smaller neighbors.

And don’t forget, the world is fast changing and forces are realigning.

Chinese expansionism is being challenged and decried by the free world, countries like America, India, Japan, Australia, and several others. Who knows, if in some foreseeable future Tibet—also known as the Roof of the World with its 14,000-foot-high big plateau—also regains its unique status as an independent, peaceful, and highly cultured religious country.

** The author presently resides in California and has a long experience as a journalist, writer, author and poet. He has written-translated-edited over 20 books (both in English and Hindi) on a wide variety of subjects, from international affairs to poetry to biography to travel. In India he was the Chief of News Bureau of Hindustan (a Hindustan Times publication), Editorial Advisor of Traviana (a magazine on travel, aviation and adventure), and Chief Editor of Daily Bhaskar (now India’s largest newspaper printed in 45 cities). He is a college graduate with a post-graduate Diploma in Journalism and a recipient of the Multi-national Foreign Journalist certificate from Indiana University, a project of the US Department of State.