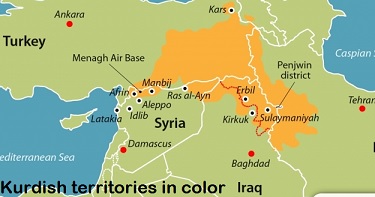 Bardarash, Iraq; Dec.8.– Hundreds of Syrian Kurds have returned home from Iraqi refugee camps over recent weeks despite fears for their safety, amid complaints that thousands have been ‘imprisoned’ with little access to food, healthcare and work.

Over the past month, around 100 people have been voluntarily returning each week from camps in Iraq after fleeing northern Syria at the start of a Turkish offensive in October designed to force out Kurdish forces.

With winter setting in and resources dwindling, the numbers are likely to grow.

Despite an official ceasefire, violence has continued in northeast Syria. The forced withdrawal of Kurdish forces has allowed the return of the Assad regime to some areas, with many fearing it may carry out revenge attacks on its opponents.