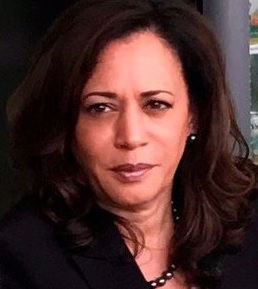 Two U.S. senators — Kamala Harris (D-CA) and Mazie Hirono (D-HI) — made headlines in December after they questioned whether a judicial nominee’s membership in the Knights of Columbus would prevent him from being an impartial judge. The nominee was Brian C. Buescher, a member of Our Lady of Lourdes Council 13080 in Omaha, Neb.

Sen. Hirono stated that “the Knights of Columbus has taken a number of extreme positions” and then asked Buescher whether he would withdraw his membership with the Order if confirmed, “to avoid any appearance of bias.” In a similar vein, Sen. Harris called the Knights “an all-male society” and asked if Buescher was aware that the group “opposed a

Buescher responded that he has been a member of the Knights since age 18 and that his membership “has involved participation in charitable and community events in local Catholic parishes.”

The senators’ line of questioning was widely viewed as a “religious test” for lawmakers, drawing a response from many political and social commentators, as well as from other legislators. Supreme Knight Carl Anderson’s response took the form of a letter to members Jan. 1. Below are excerpts from three of the many op-eds and articles written in the days and weeks following.


From “Another Religious Test in the Senate” — Wall Street Journal, Jan. 4:


IS THE POPE AN EXTREMIST? Should anyone loyal to the church’s teachings be barred from public office? There is no reason to accept such political bigotry. But this isn’t about anyone’s membership in a particular group. It is about silencing believers of any kind whose views differ from the progressive view on social issues.

As a leader of black Christians, I feel particularly strongly about the Knights of Columbus. For more than a century they bravely defended minorities. The group ran integrated hospitality and recreation centers for troops in World War I — the only charitable organization that did so. To confront prejudice in the teaching of history, in the 1920s the Knights commissioned books on black and Jewish history in America. They stood against the Ku Klux Klan in the 1920s, the height of its power, helping fund the Supreme Court case that defeated the Klanbacked ban on Catholic education in Oregon. The Knights spoke out against the persecution of Jews in Nazi Germany as early as the 1930s. Today they assist victims of Islamic State.

If Catholics like the Knights can be targeted, what should members of my Pentecostal church expect? We share traditional views on abortion and marriage. What about Orthodox Jews, Muslims, Mormons and evangelical Christians? Even the Rev. Martin Luther King’s biblical beliefs would be anathema to Sens. Harris, [Diane] Feinstein and Hirono. JFK, himself a proud Knight of Columbus, would be unacceptable too. …

We non-Catholics must also stand up, if not for courage, then for survival. When first they come for the Catholics, we can be certain that all of us are next, and that the respect for faith and diversity of belief that made this country a beacon of freedom is now under severe threat — even from those we entrust with its defense.